Teaching counting on in kindergarten is a daunting task because it's a difficult skill for young learners to master. At the beginning of the kindergarten school year, students usually need to start at “1” when counting and use simple objects instead of numbers to represent quantities. However, when young students begin getting into more abstract concepts like addition, counting on from the first or largest number is a vital addition strategy for them to use.

It can seem impossible to help students understand counting on. However, with a strong foundation and repetition, we can help our kindergarteners go from counting objects to counting on to help them solve math problems. In addition, using fun number games is an interactive way to teach pattern recognition and counting higher numbers!

As with many math skills, a great way to practice counting on in kindergarten is with task cards. In the early stages of this skill, I use task cards where students count numbers in a set. Then, they count on from that set using either pictures or numbers to represent the two following larger numbers. We want students to hold a given number in their head and add one at a time to know how many objects to draw or what number to write in the recording sheet. 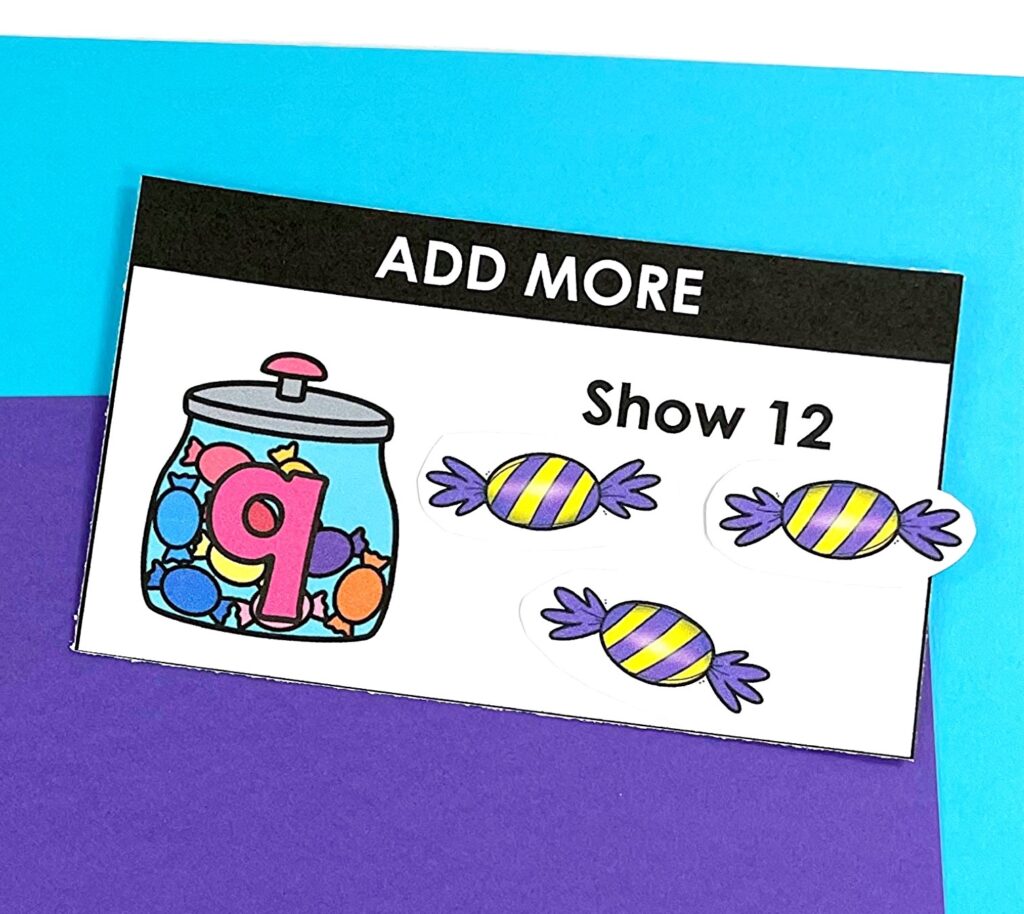 This task relies on quantities represented with objects, with students only counting one at a time. Therefore, this math activity is a fun way to transition into counting on. In addition, students can later use this important skill when solving math problems.

When students are ready to move on to the next stage and understand the relationship between numbers and the quantities they represent, they can perform tasks that use both numbers and objects. For example, you can give students task cards with a number 5 plus an illustration of 3 fingers. This lets students know to hold the number 5 in their head and then use one-to-one correspondence to count on. 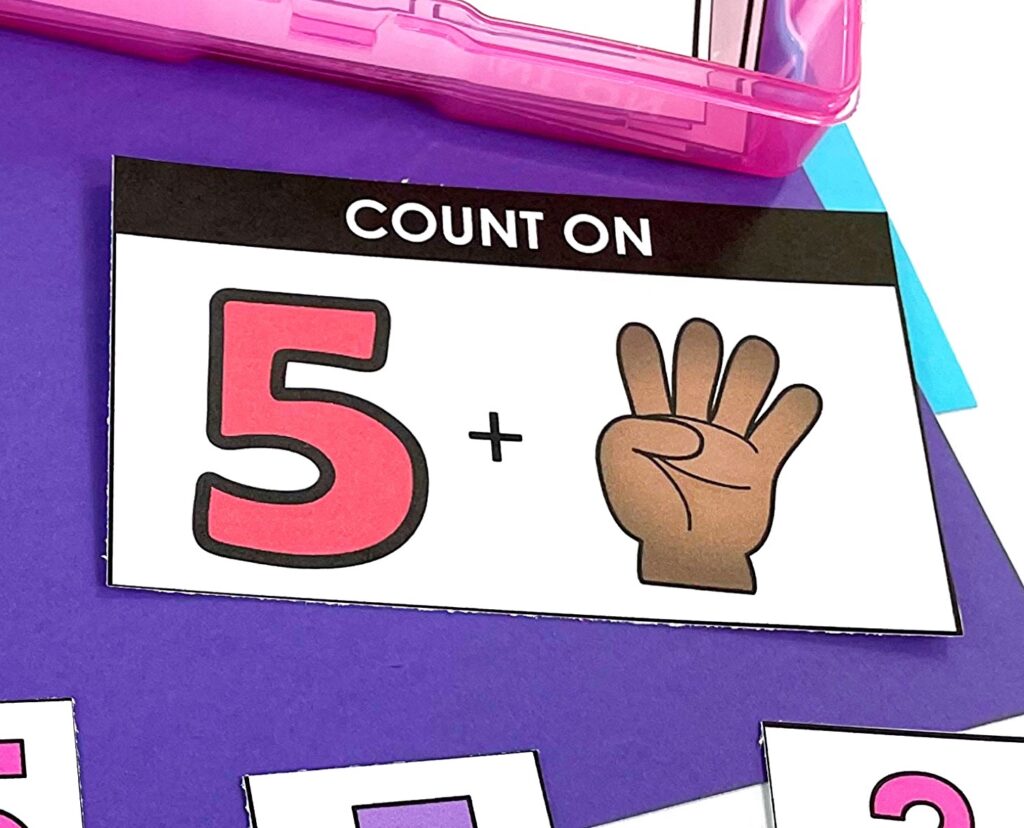 To make this task a little more complicated, give students a card with the number 5 plus the number 3 with a space showing the quantity 3 underneath. After completing their illustration, students can use the same counting skills mentioned above. This task just puts a little more responsibility on the students. Using a mixture of numbers and objects to represent quantities gets students used to counting on but still uses one-to-one correspondence.

Counting On with Numbers Only

Counting on with numbers only is another great idea when teaching counting on to kindergarten students. Because students only count on one number at a time, the task is not much different from using represented quantities. However, it is important to remember that before students can do this type of task, they need number recognition skills. In addition, they need a strong number sense to help them make the connection between numbers and quantities.

After they have these two things down, they are ready to do number activities where there is a single written number, and they have to write down the two numbers that come next. When they get to teen numbers, they see that it is much easier to start at a number like 15 and quickly get to 16 and 17 versus starting at one and counting through each number before arriving at 15, 16, and 17.

Of course, the next step after these fun counting activities is to count on using two numbers in an addition problem. This simple activity requires students to hold the first or larger written number in their head. Then, they can count up how many times the other number in the problem indicates the number. This activity is great practice for determining the next number in a number sequence.

Final Thoughts on Teaching Counting On in Kindergarten

By practicing the activities above, students can get the hang of counting on in no time. By starting your students at their skill level and progressing to more complex tasks as they are ready is crucial to skills like counting on. This is why it is essential to have task cards and activities that are slightly different. In addition, an important step when teaching numbers is to repeat similar activities. We know that repetition plays a huge role in our students' abilities to master difficult math concepts!