Sometimes, we think of the word simple as being synonymous with boring, but that doesn’t have to be the case! Instead, when I think of simple ways to do something, I think of its ability to save me time and effort. That is exactly what comes to mind when it comes to these simple and effective ways to teach the alphabet!

These activities are simple for teachers to prepare, simple enough for students to do independently in a center, and yet, engaging enough to be effective in helping our students learn the letters of the alphabet!

There are several simple ways that you can help students practice discerning the difference between uppercase and lowercase letters. One of my favorite ways is with simple sorting activities. Sometimes, I might print, cut out, and prepare larger letters to put in a pocket chart center for students to sort. However, it is just as effective (and way simpler on my end) to have students complete a worksheet where they cut out and glue letters in an “CAPITAL” or “lowercase” column. Even better, now students are also getting some practice with classroom materials. It is a win-win! 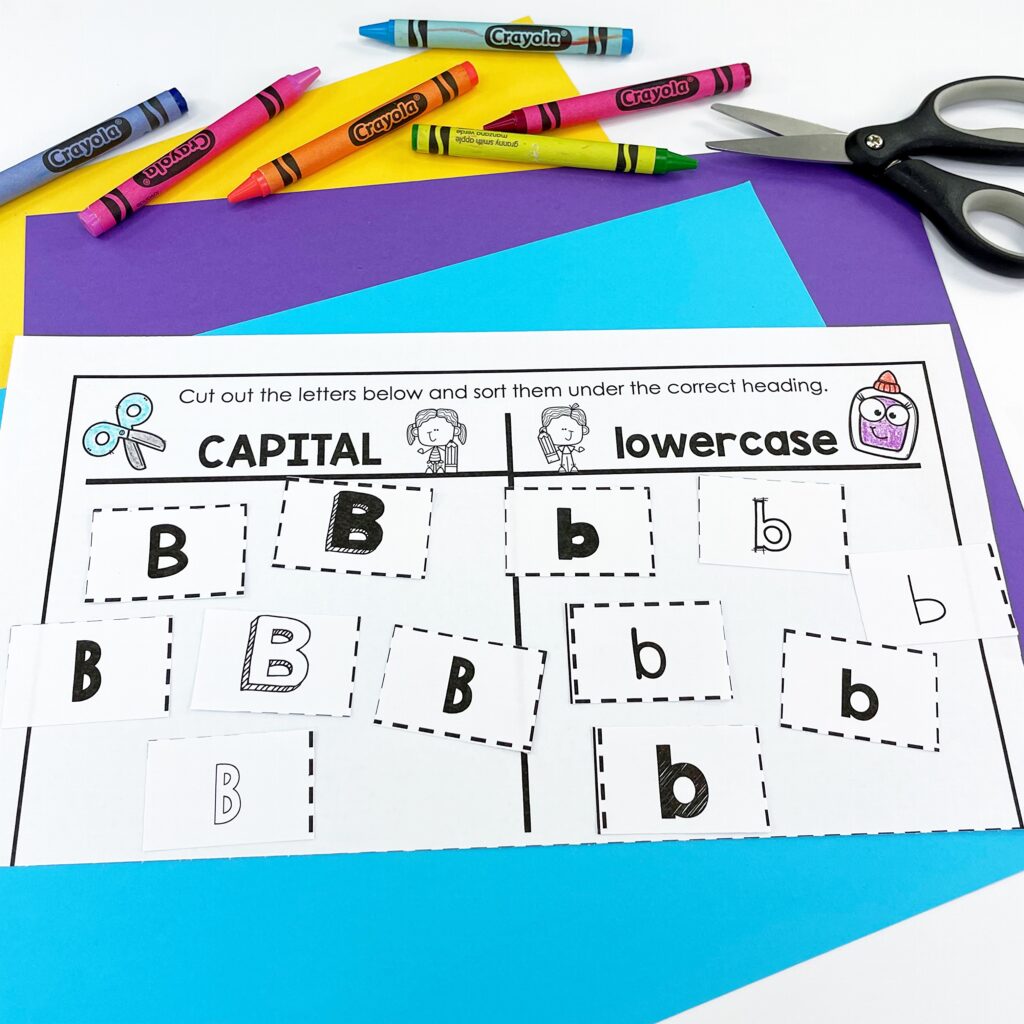 Another simple and effective way to teach the alphabet is matching uppercase and lowercase letters. With this key skill, students need to know that two different shapes represent the same letter and sound. Again, there are a lot of fun ways to accomplish this skill, but if we are going for both fun and simple, I like to use letter mats. 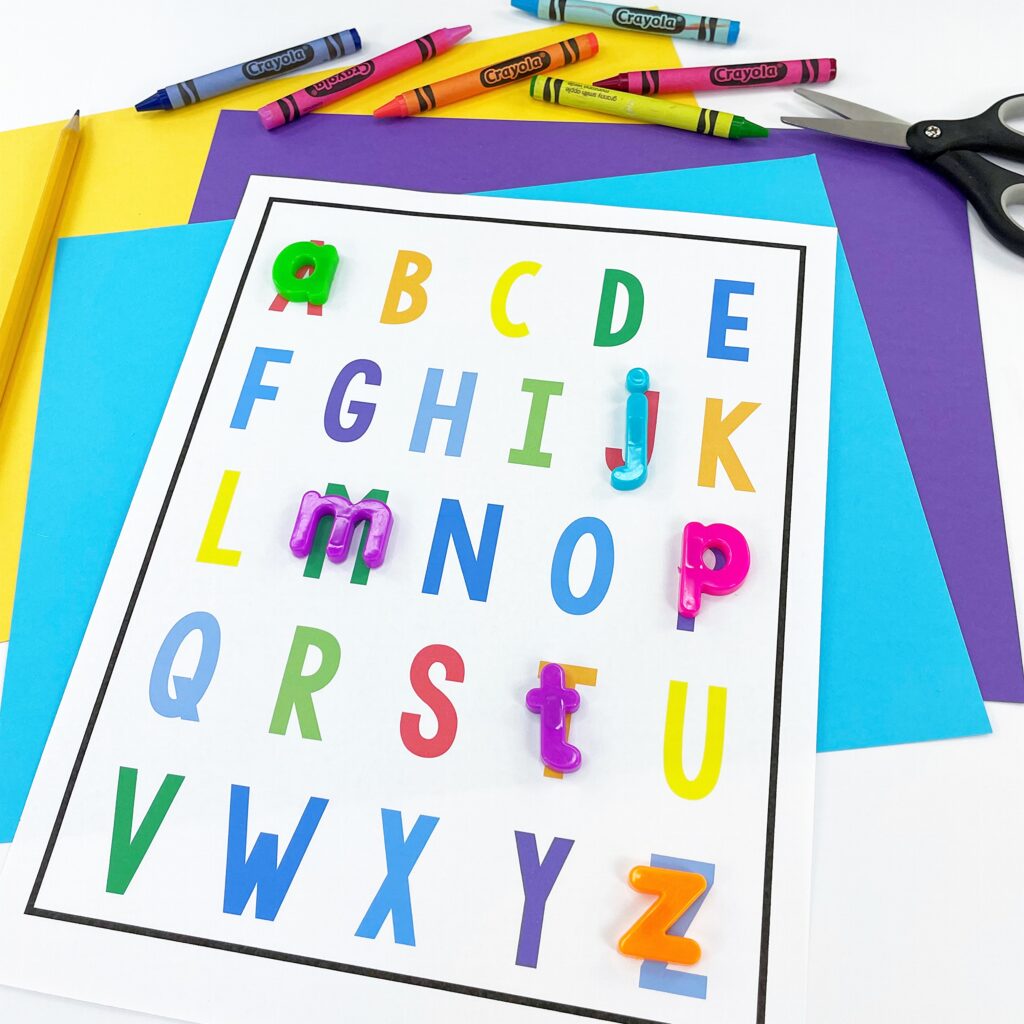 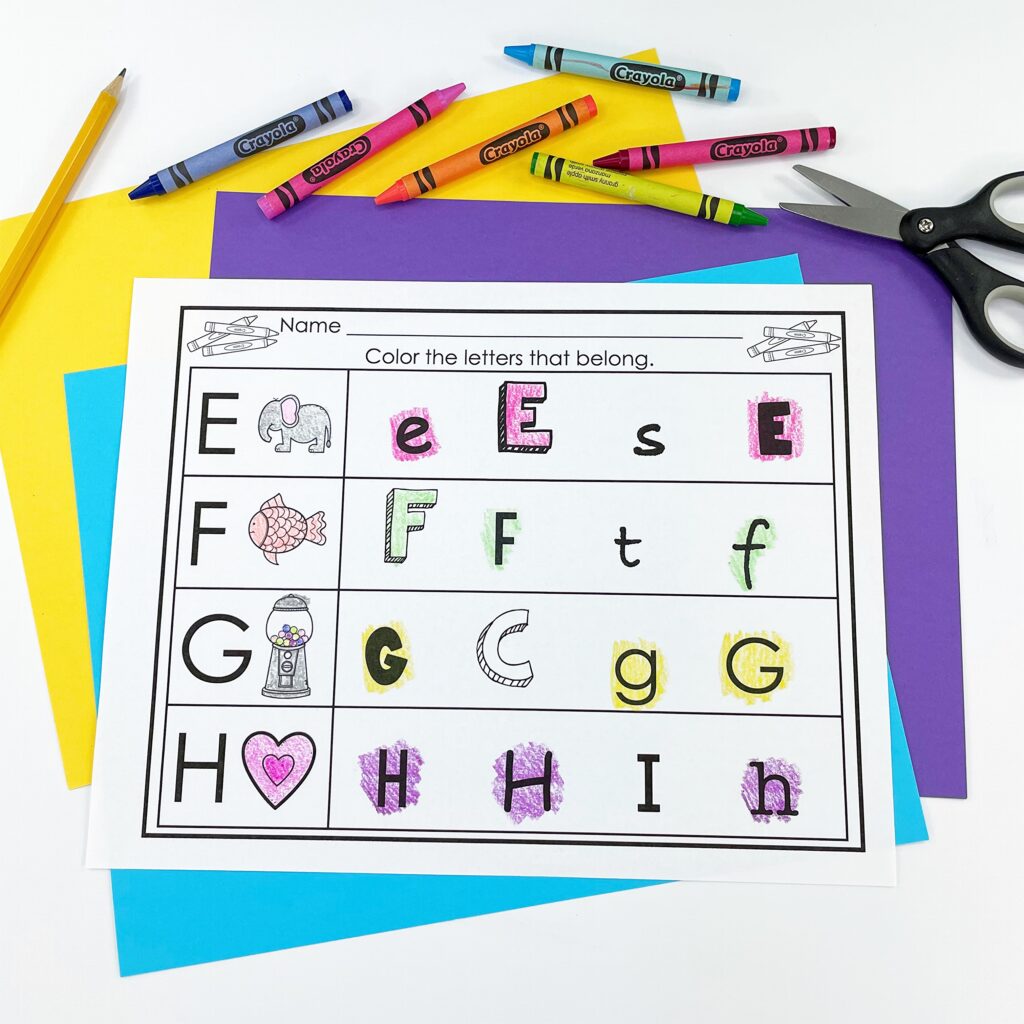 Another simple and effective (and necessary!) way to teach the alphabet is with letter tracing. Students have to learn the correct way to write each letter, and the best way to learn this skill is through repeated practice. I like to use simple worksheets for this skill, as well! 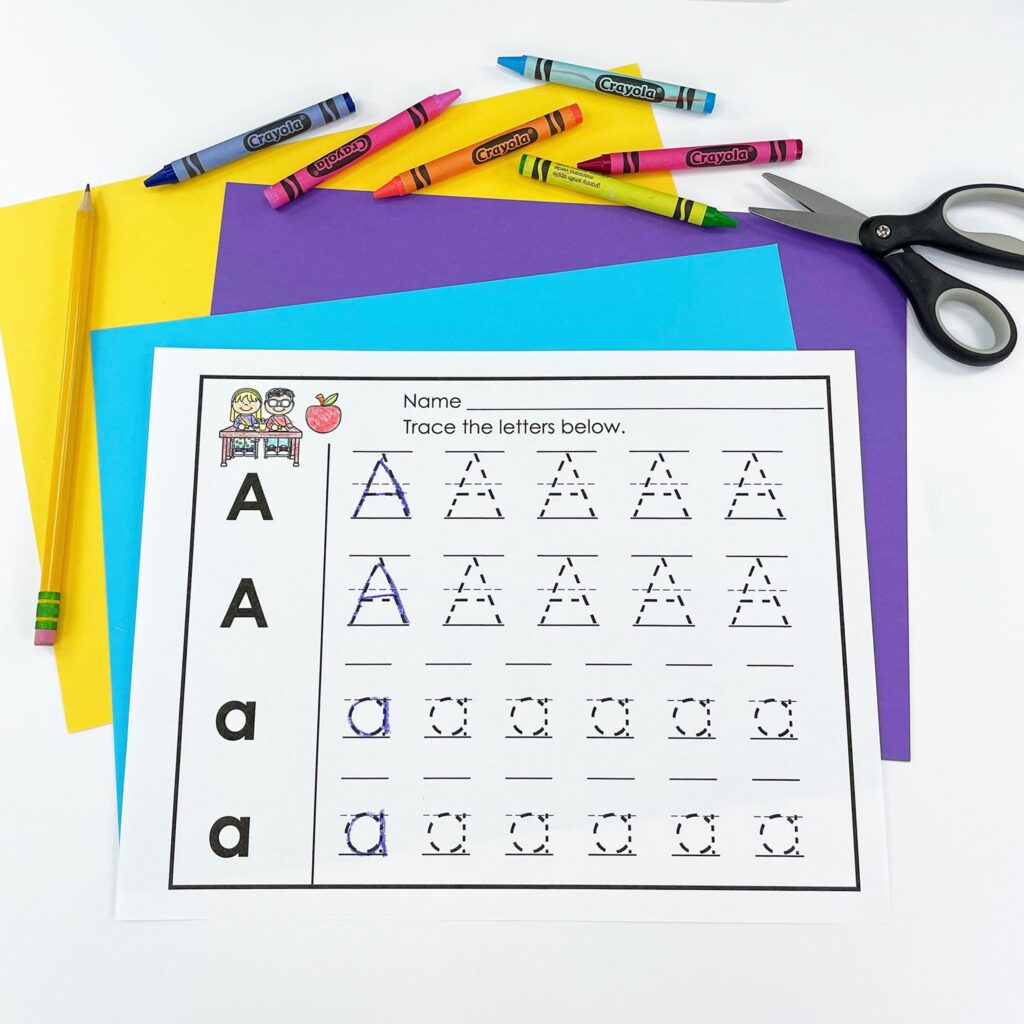 On each worksheet, I include an upper- and lowercase version of a single letter. Then, students trace the letter multiple times. To make it a little more fun, you can have students rainbow write the letters using different crayons or markers. Either way, students will be getting great alphabet practice, without it being a hassle.

Some days, we feel like going all out for our students by planning and preparing complex and creative activities. However, there are other times that we just want something that is simple for us and works for them! These activities for teaching the alphabet are all great ways to do just that. They give students engaging and effective ways to practice the alphabet, without any extra prep time on our end.