0shares
I finally broke down and turned our spare room into my office.  Preparing for conferences, blogging, creating
(all aside from teaching) is another full time job.  I had my printer in one room, laminator on
the kitchen counter, really my crap was everywhere except in one place where I
could find it.
I am kinda crazy in the fact that once I make up my mind to do
something, I get into nut job mode to make it happen.  So, I asked told hubs I was going to
do this on a Wednesday, went out and bought all of the furniture at a used furniture
consignment store and decorations on that Friday, and as soon as it was
delivered I was in business.  I LOVE it.
Seriously, L.O.V.E. love it!! This room is supposed to by a nursery but now I
am thinking we may have to shuffle the kid’s rooms around because I don’t think
I want to give it up. We can make it work.
I feel so inspired.  I purposely filled it with wall decorations
that were inspiring to me.  I love to surround
myself with encouragement.  I mean, who
surrounds themselves with downers?! Haha!
Um, I now have a dry erase board that is taller than me! How cool is that?! I love it. Once I get my cameo in, I'm going to make actually headings that are way cuter than my handwriting. My husband said my shelf doesn't really “go” with my room. What?!!! What teacher doesn't have books? Geez Louise. 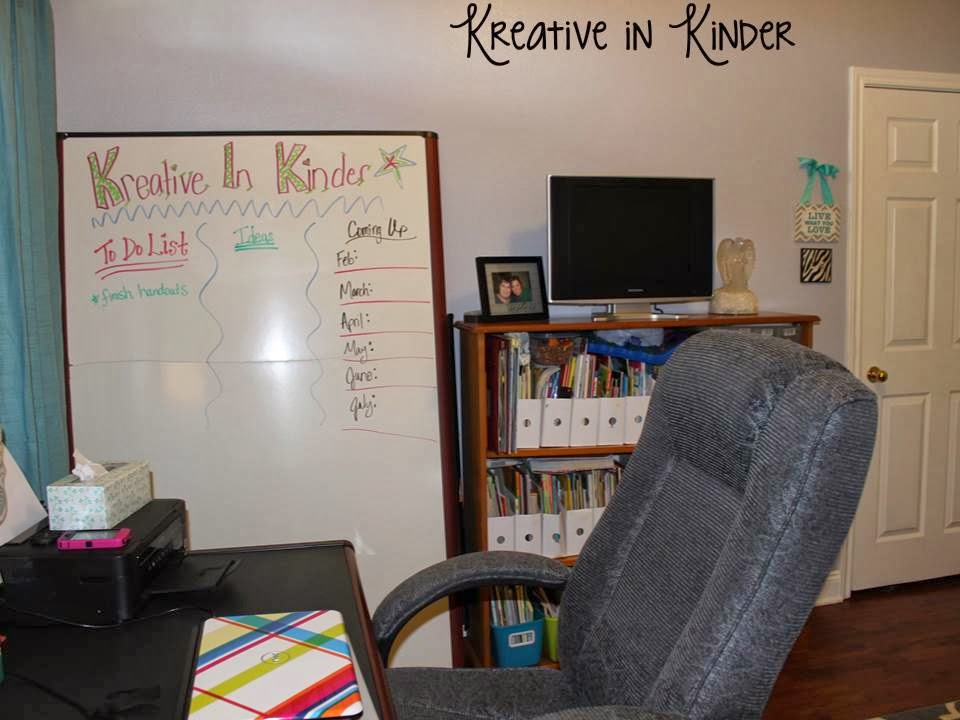 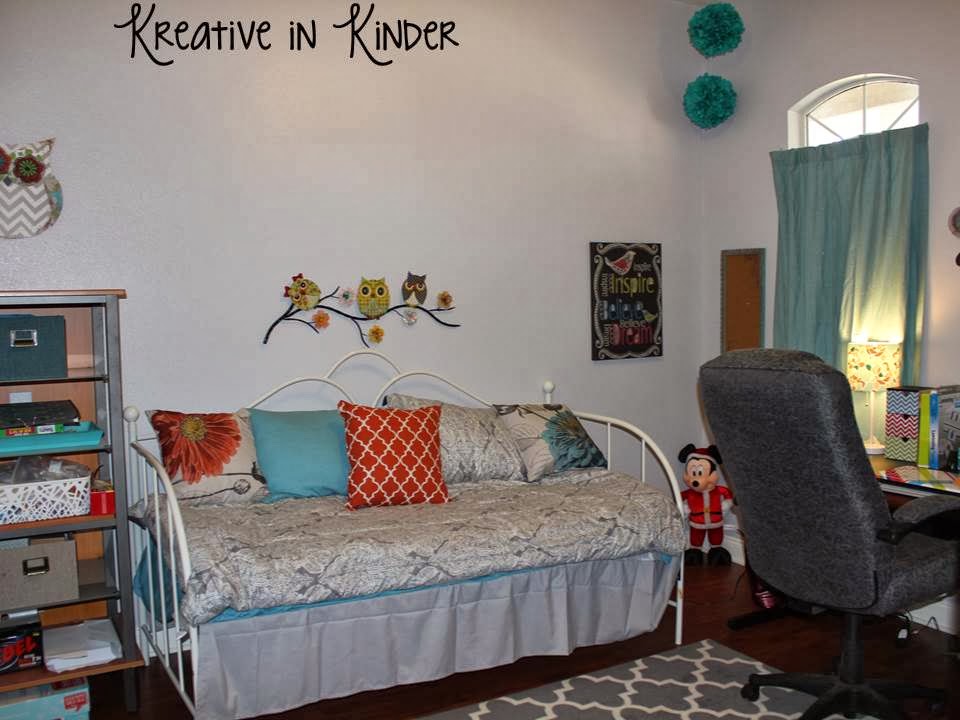 I bought a day bed so if I we have a house guest, we will have a place for them to sleep. This has already come in handy when Debbie came to visit.  My daughter has been sleeping in here lately, which is fine but one mess and she's out of there! 🙂 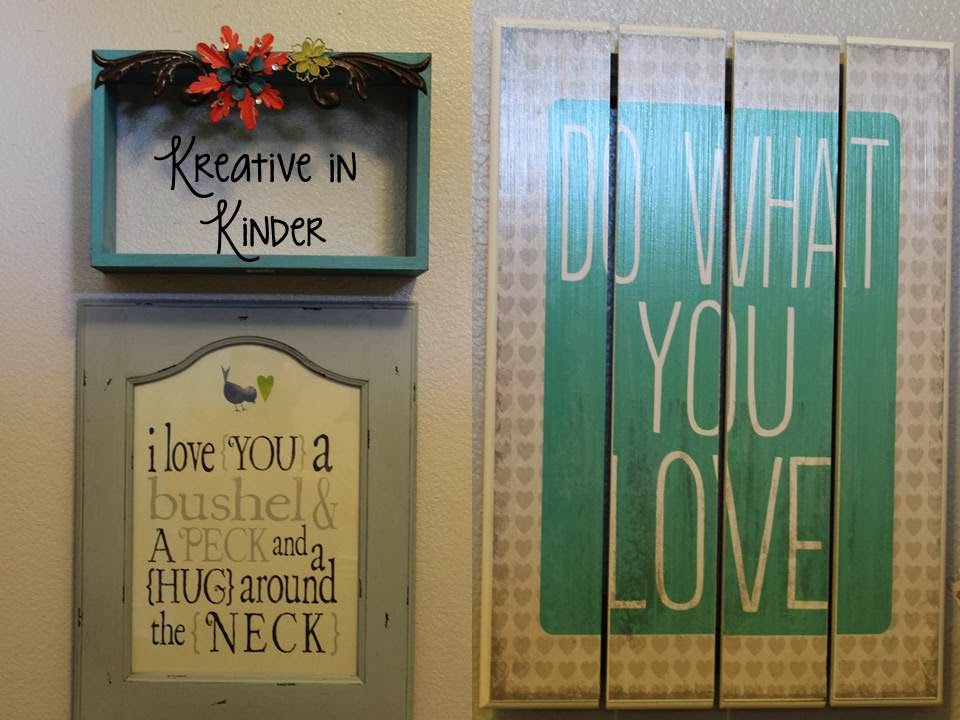 I bought the bushel and a peck saying because my mom has always said that to my sister and I and it makes me think of her. 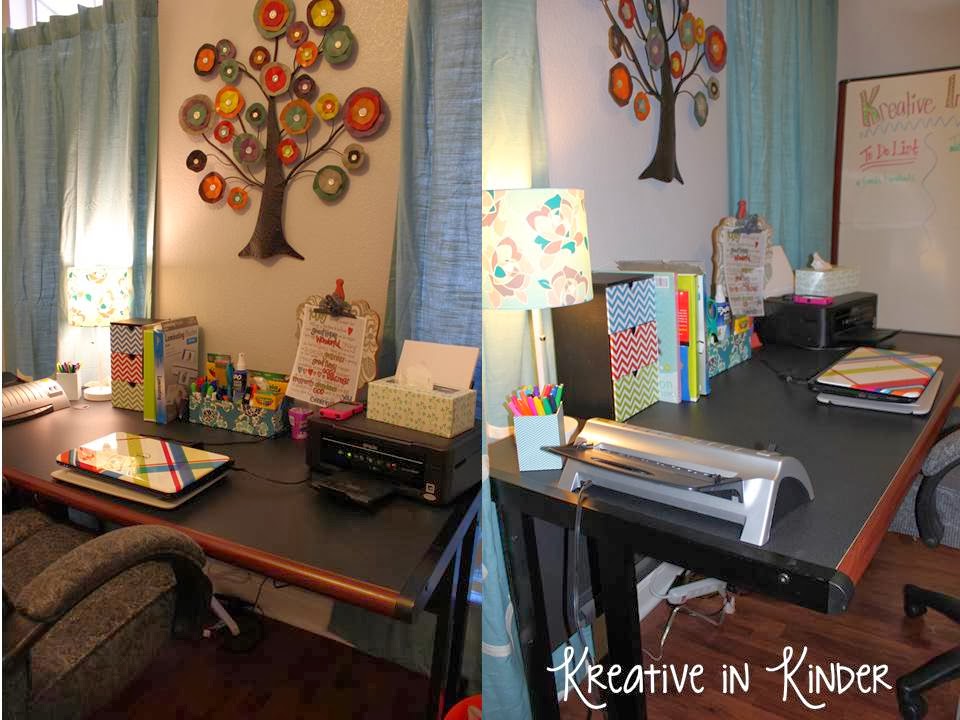 All of the decorations came from Hobby Lobby.  The lamp, rug and curtains came from Target though. 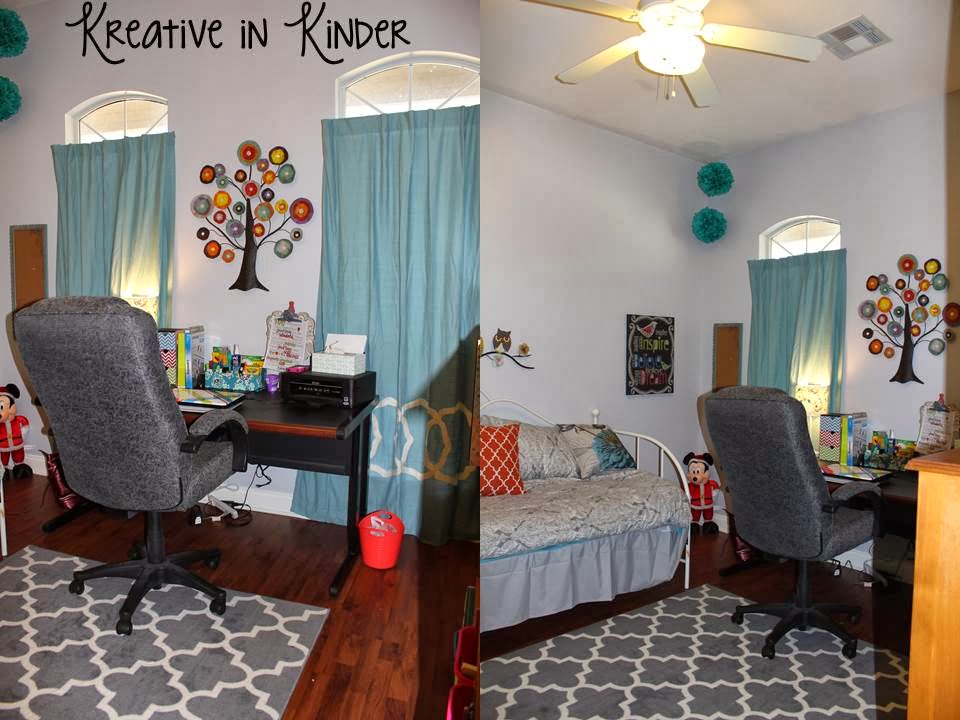 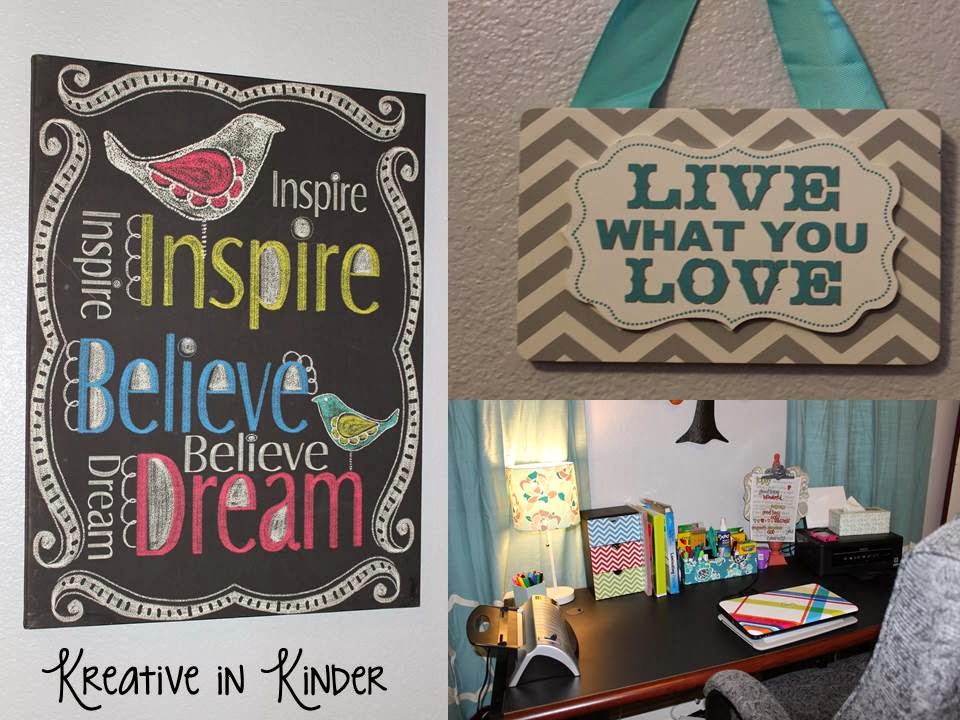 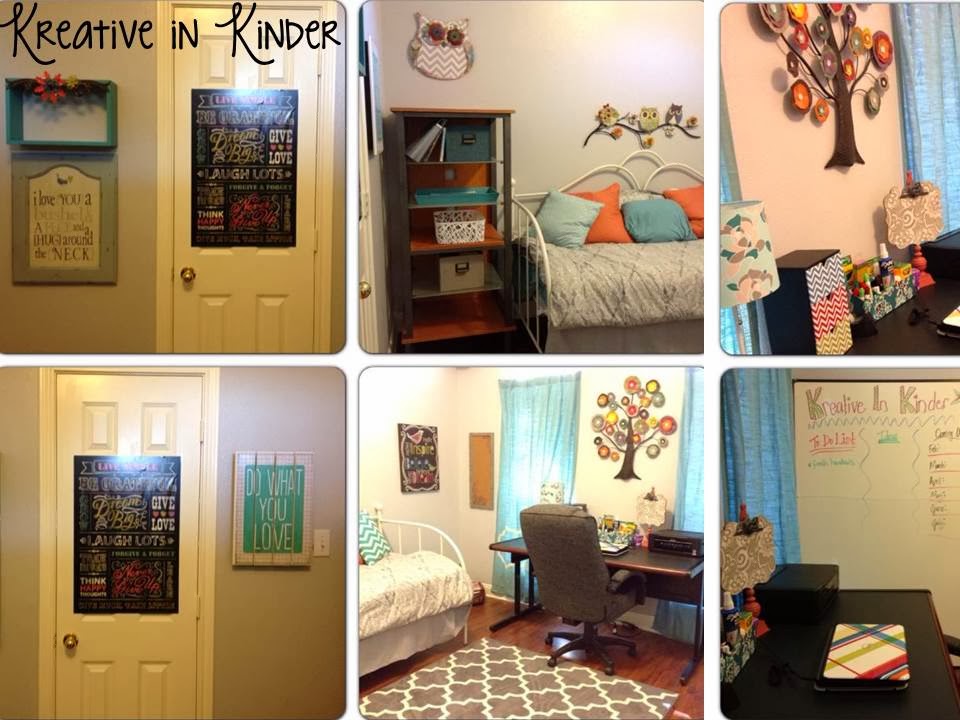 Oh, did I mention how happy this makes me? 🙂 The chair is kinda high so I have to do a little jump when I get on it to be comfortable and Nick laughs at me. He asked if I wanted to lower it but I said no. I don't mind if my feet dangle in the air. It swivels and I may or may not go round and round in that thing every once in a while, ehem.

Here is my daughter, niece and her boyfriend providing me with free labor to get ready for the conference that was last week. They helped me make bags of games that teachers played at my TEMI session. 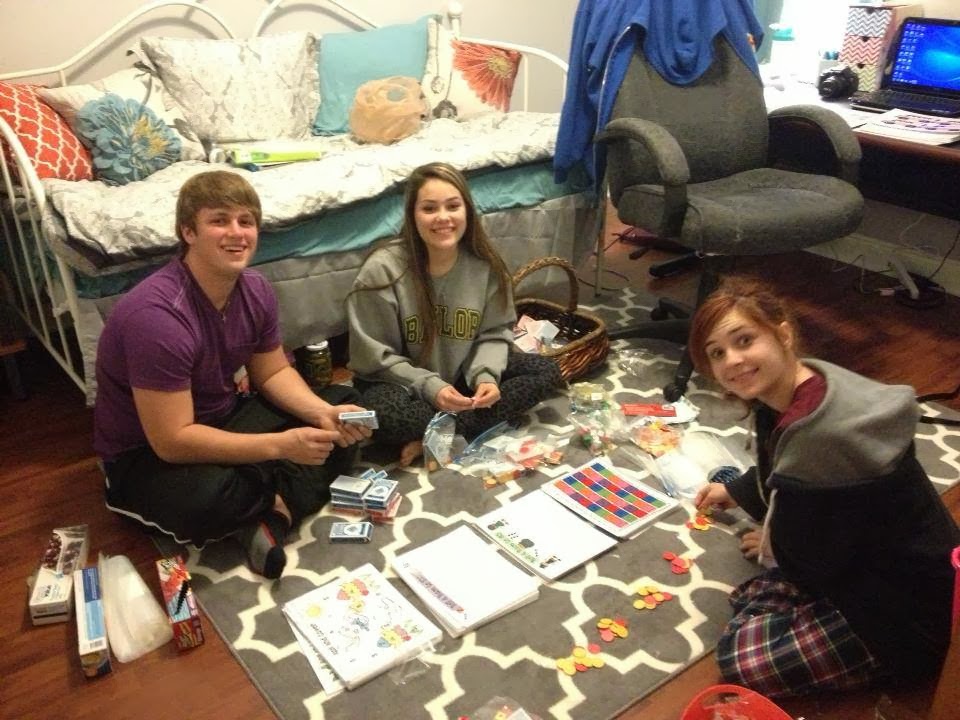 Here are pics from the session. I think everyone enjoyed it. I certainly loved seeing teachers play games and have FUN! 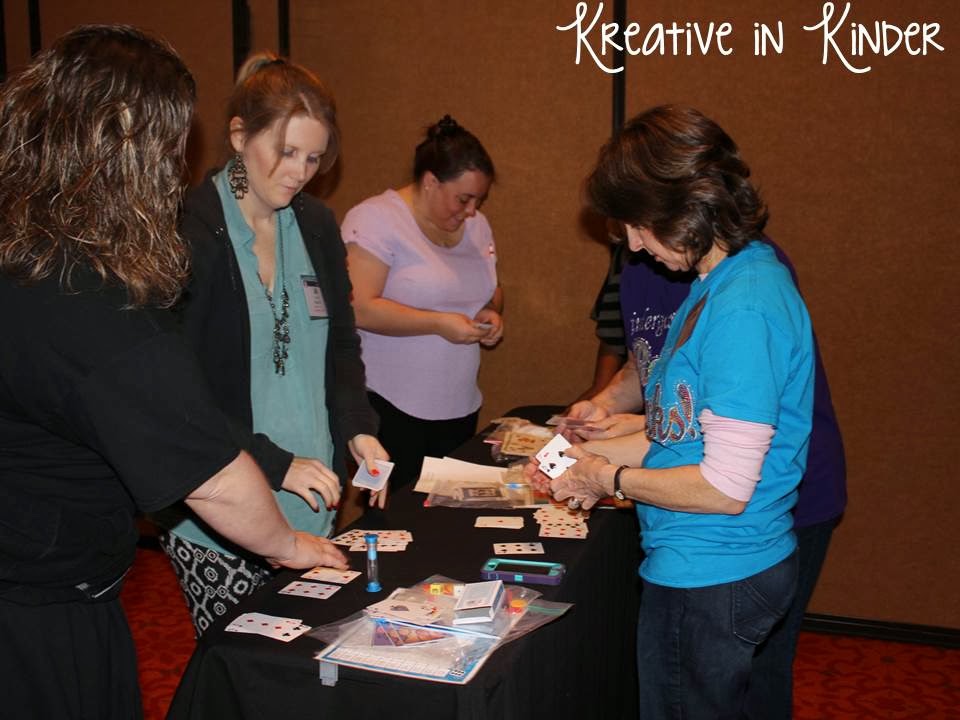 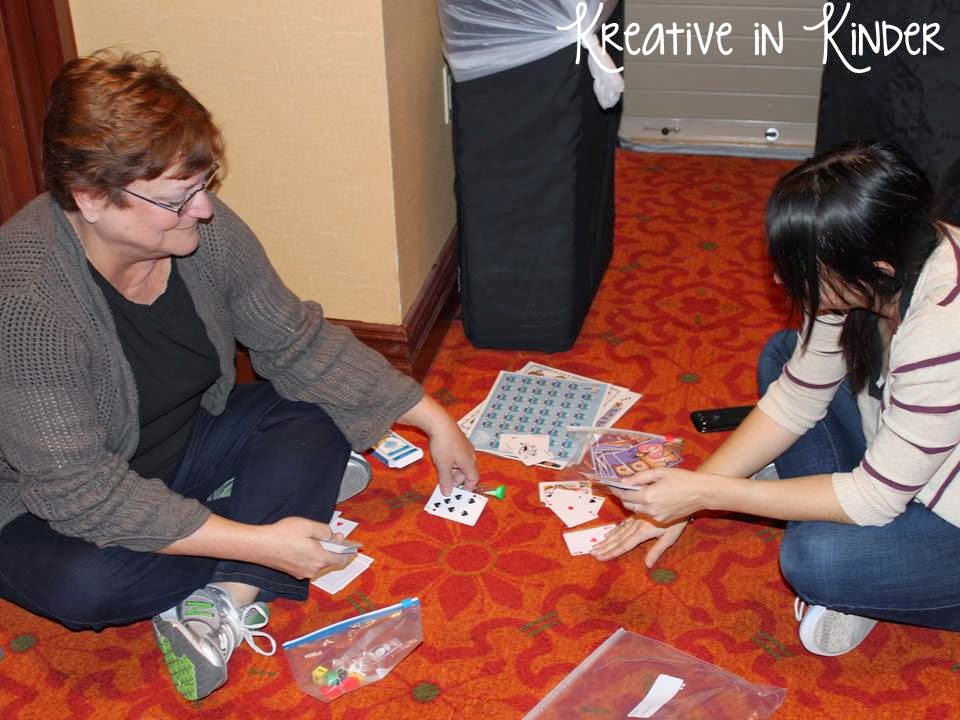 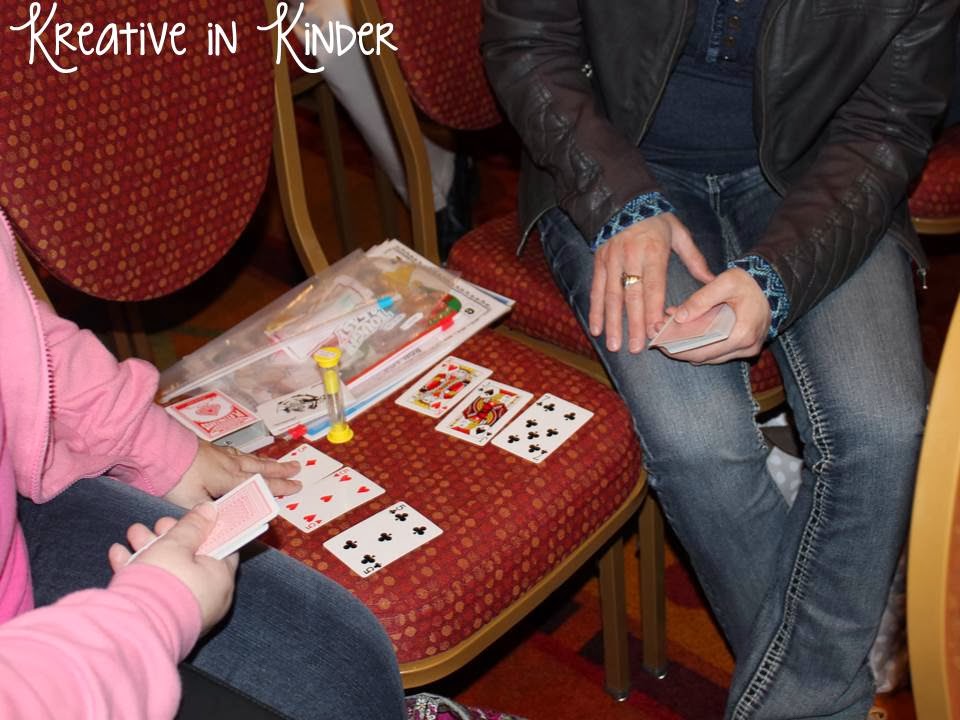 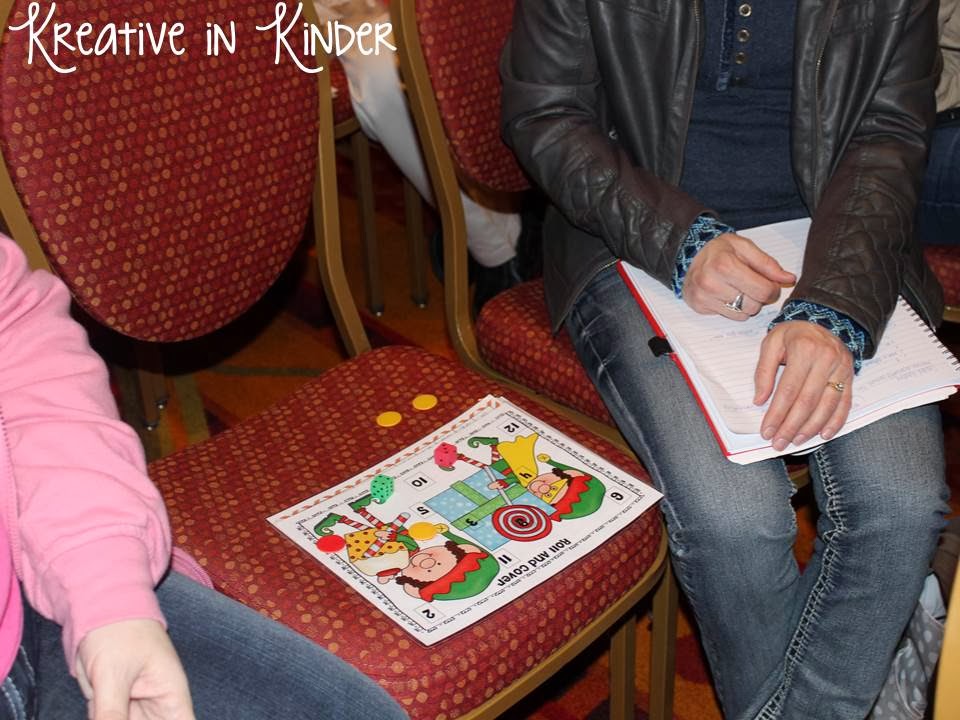 I will have a similar session at I Teach K on Early Finishers. I hope we can play there too.

Can I tell you something funny? Well, you may not think it is funny but I cracked up. So…my daughter started watching Vampire Diaries on Netflix. She is 17. Anyway, that is totally not my thing. My husband has his own man room. It has two tv's in it. He won them both at contests at work. (Side note, a man room is the best thing ever!! Totally worth every penny.  Hubs has always had one. In our last house it was the garage, this house it is our formal dining room..we aren't so formal anyway.) Anyway, so G started watching Vampire Diaries on Netflix in hubs man room while he was watching a football game on the other t.v. Well, a few episodes later and they are BOTH hooked. It's so funny. It's their daddy/daughter time now. They watch an episode almost every night, yelling at the TV. So, when I was gone to the conference last week, they planned a Vampires Diary fest to watch the remainder of whatever season they were trying to finish. I told you crazy, right?! Hubs runs a grocery store and had his bakery create their party spread. 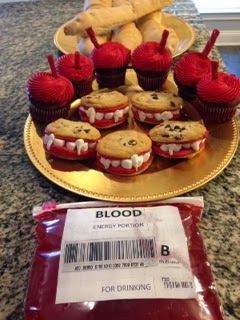 They had vampire cookies (chocolate chip cookies), vampire stakes (bread sticks, haha), heart cupcakes, and “Blood” also known as fruit punch. I love that he went the extra mile to do something crazy with her. This is totally up a teenage girl's alley right? He texted me the next morning and said he felt hung over. Haha! I asked, “vampire wasted?”. That is probably because I don't buy sweets and they seriously were in a sugar coma. I banned sugar as soon as I came home and put everyone through a quick salad detox. He totally wins for being the cool parent this month.
I told you that we put the fun in dysfunctional and it isn't just me. Well, that's all I got for now. Can you believe that I have blogged four times this week. Look out world. It must be this new office. Haha!
Love and virtual hugs!

0shares
Thanks for subscribing!
« 100th Day CELEBRATION!
Seuss & A SALE! »

We took Bennett to the @map_motorsports monster tr

Thank you to everyone keeping those of us in Texas

📚We are SO EXCITED to finally be able to share

❄️Are you STUCK AT HOME like us? 📖 Seems l

The past few days have been crazier then when we s