Benefits of Using Playdough in Kindergarten

Perhaps the most obvious benefit of using playdough in kindergarten is that it will feel like play to students. If you have ever given playdough to a child, you know this to be true. You can see the excitement and enjoyment as they manipulate and move the playdough through their hands. Simply put, it is fun for students to use playdough, even when they are using it to learn.

As mentioned before, using playdough requires a lot of hands-on movement and manipulation, so it is no surprise that students can develop fine motor skills while playing with playdough. They can roll the dough, break off small pieces, and even use fine motor planning to create shapes and objects using the playdough. Through those activities, kindergarten students will be fine-tuning those small muscles in their hands that will be needed for writing, coloring, and even moving and counting small objects. 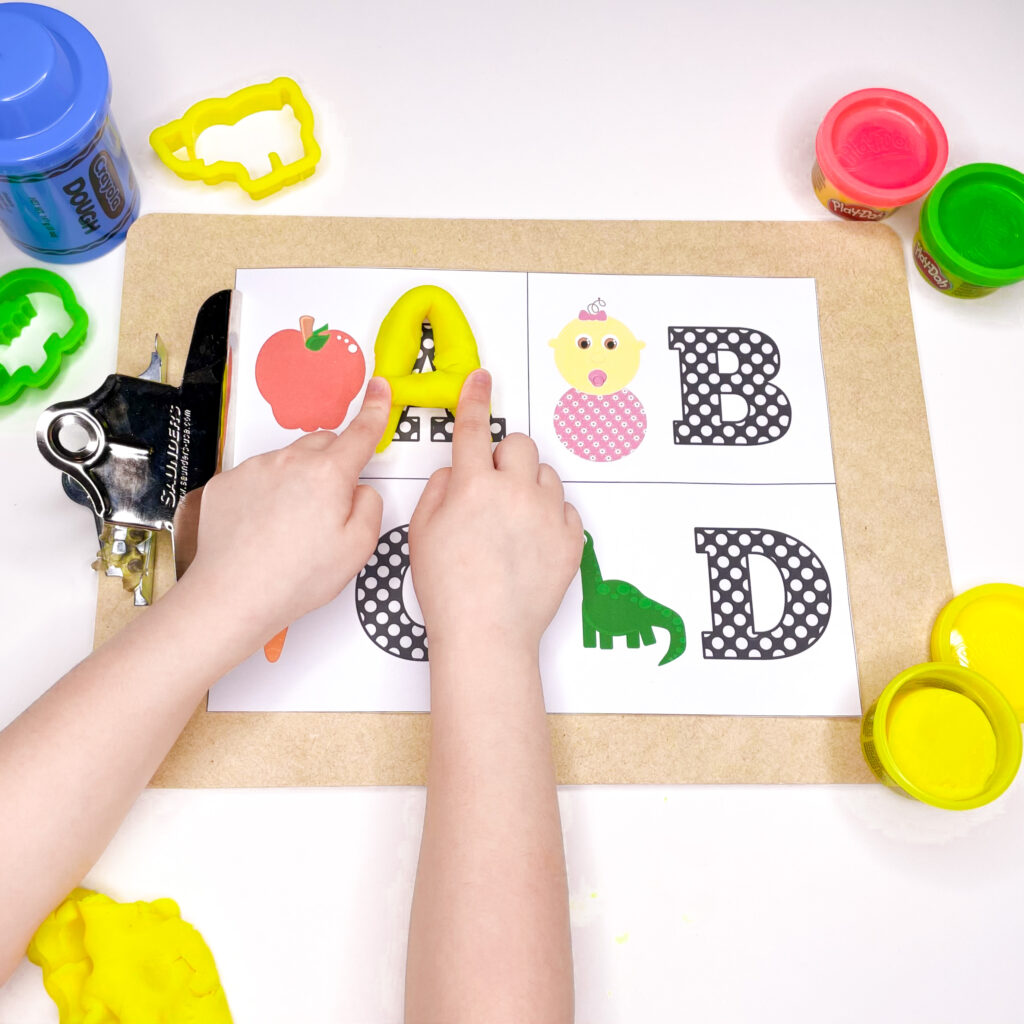 Speaking of counting objects, another benefit of using playdough in the classroom is that it can be used to target a variety of math skills. For example, students could be given a number, and have to create that quantity using small pieces of playdough. 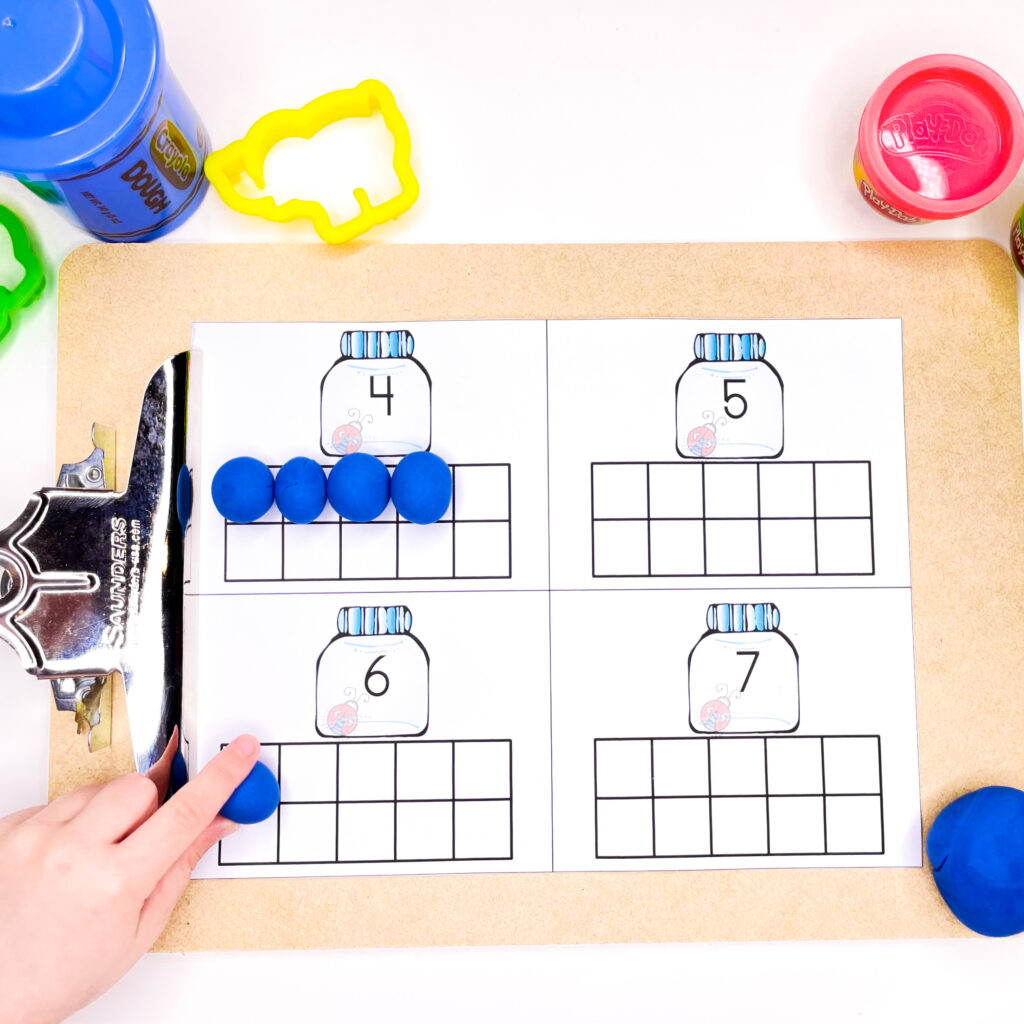 It could also be used as a math manipulative in the early stages of addition and subtraction. For addition, students could break the playdough apart to represent the two groups and then add the pieces together to find the solution to the problem. For subtraction, students could use playdough to represent the beginning quantity, and then smash the quantity that is to be taken away. 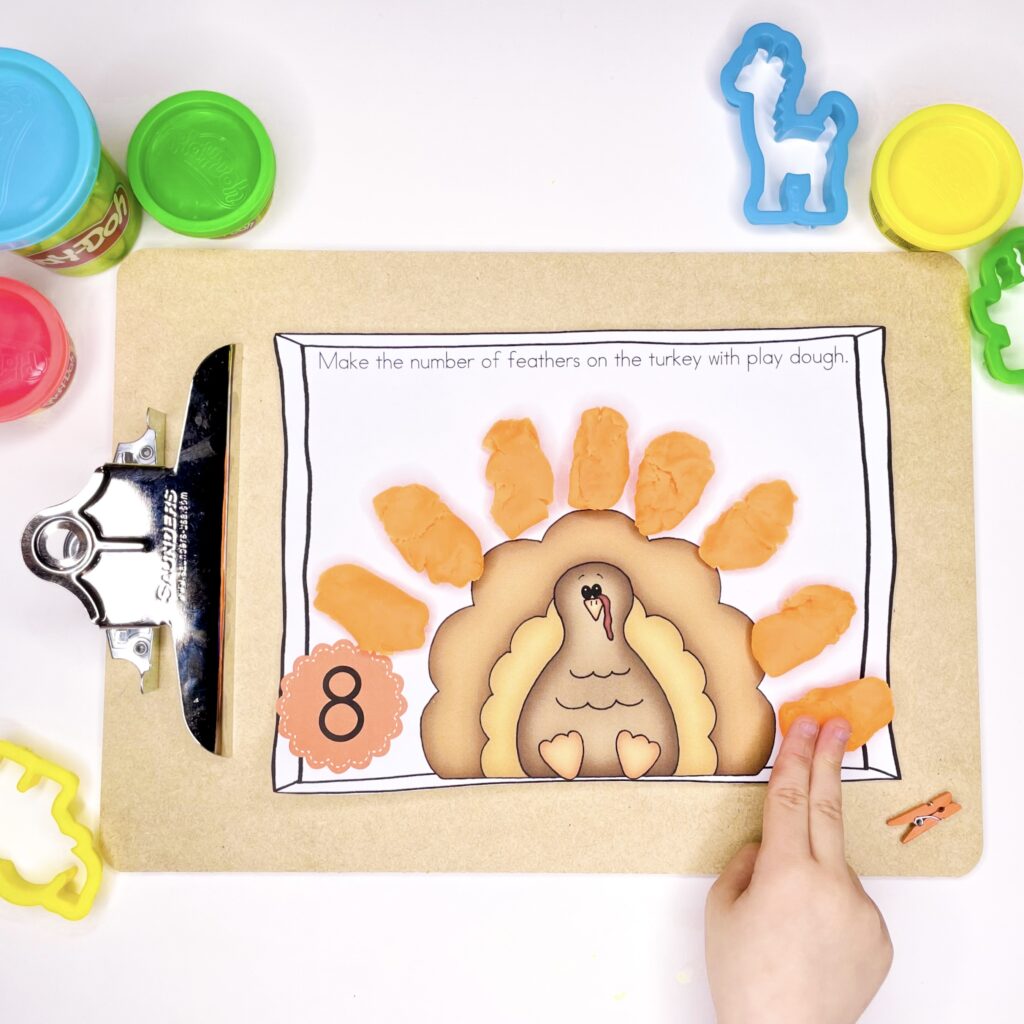 Another way to use playdough mathematically is to build shapes with it. Kindergarteners will love to make 2-D shapes and mold 3-D shapes with their hands. Their models could even be used to discuss sides, vertices, and faces on the shapes. One of the many benefits of using playdough for math is the versatility in ways it can be used!

Math skills aren’t the only skills that can be targeted through playdough. Students can use playdough to practice literacy skills, as well. As with shapes, students can use pieces of playdough to build letters. In doing so, they will become more familiar with the lines and curves that make each letter.

Students could also use playdough to practice phonemic awareness skills, like segmenting and blending. For example, they can be given three small balls of playdough and a cvc word like “cat.” Then, the student could smash a ball for each of the sounds while segmenting “cat” into the sounds
“/c/ /a/ /t/.” Using playdough can give students hands-on opportunities to practice important early literacy skills. 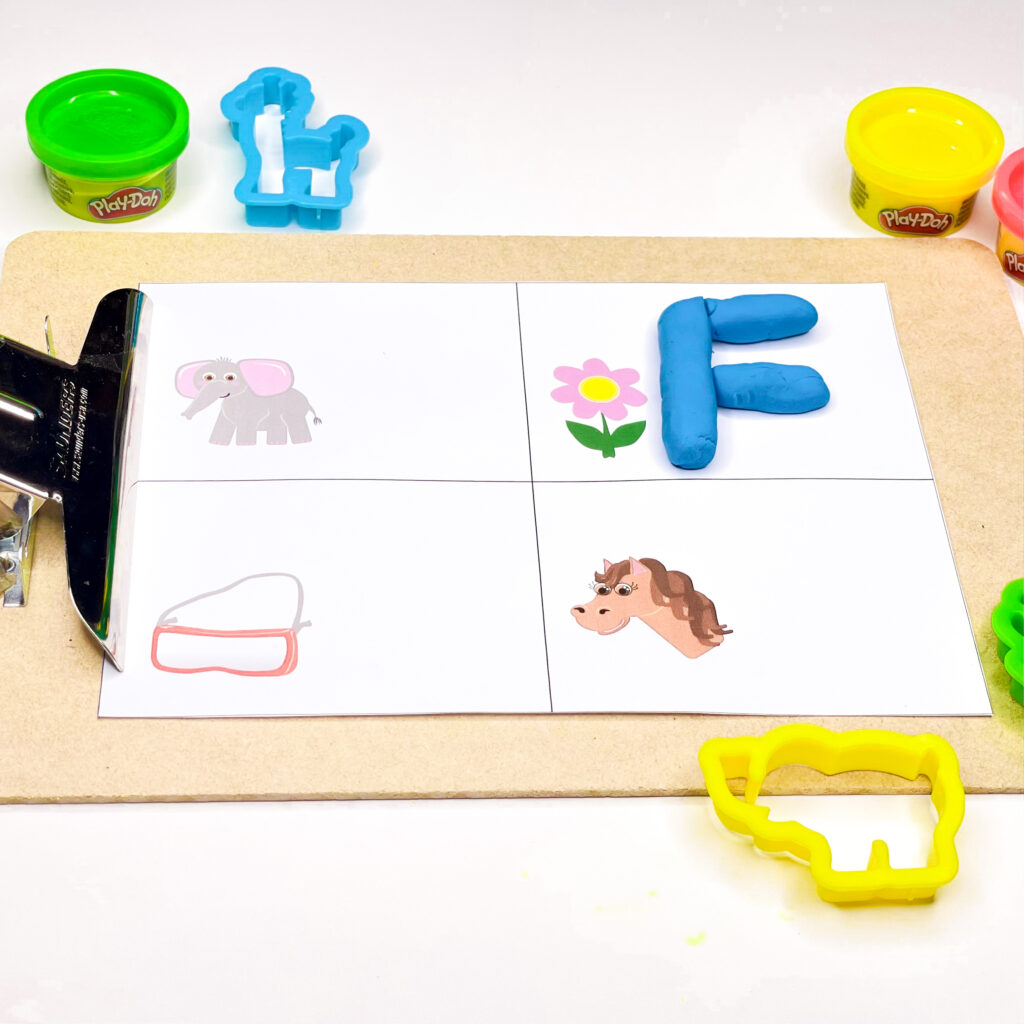 Finally, one of the many benefits of using playdough in kindergarten is that it can inspire creativity in our young learners. If given open-ended opportunities to create with playdough, students can mold, build, and create as they choose. Not only will this help them develop their creativity, but it also gives them choice and a chance to show and explore their interests.

Because of the versatility of using playdough as a tool in the kindergarten classroom, it has many benefits. Students can show their creativity and practice core content skills. However, perhaps the biggest benefit of using playdough in kindergarten is that students will feel like they have spent their time playing instead of learning. 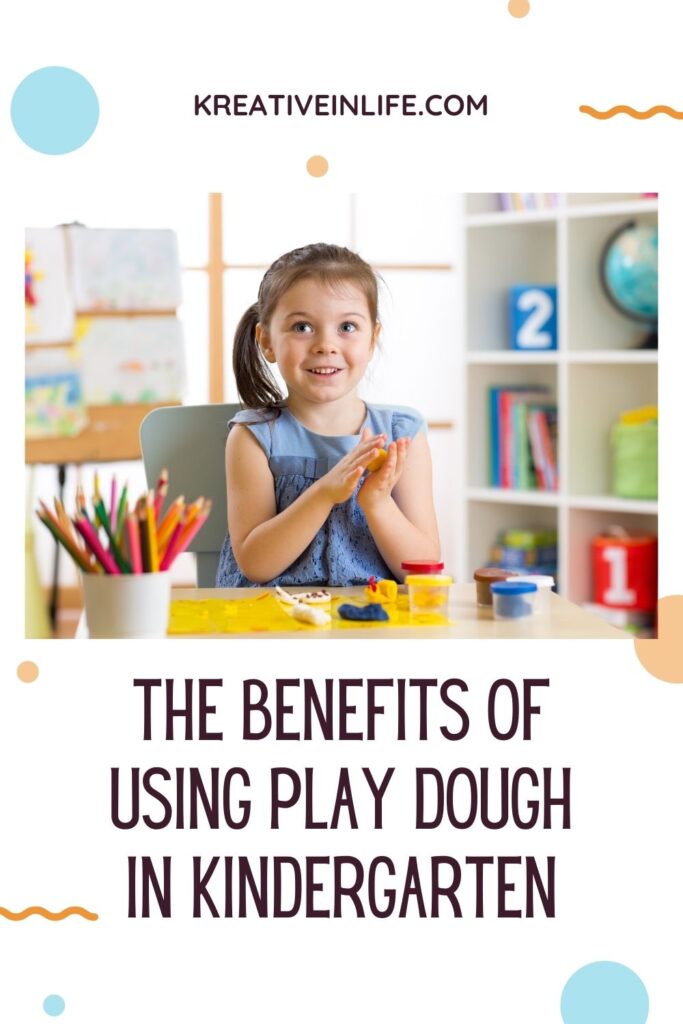