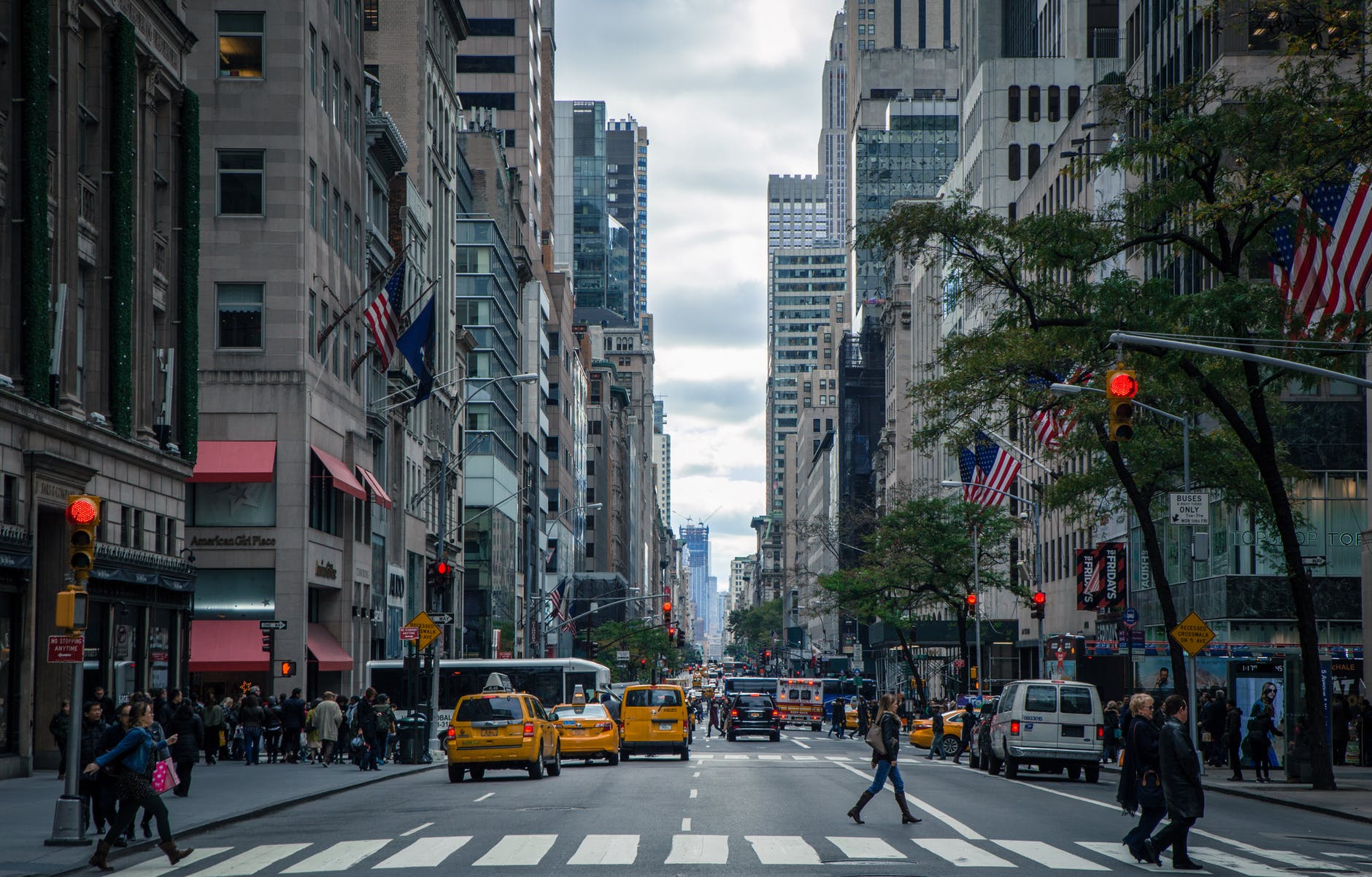 New York is one of the busiest places in the world. And in order to fully appreciate the gorgeous, but infinitely buzzing, streets of NYC it’s important to slow down. Put on your comfy shoes and take a walk around one of the most beautiful cities in the world.

Arguably one of NYC’s most photogenic tourist attractions, Timeout reveals that the High Line used to just be an unremarkable railway. Realizing its ideal placement over the city’s buzzing streets, developers turned it into a public park and art gallery. Not only is it a great opportunity for the family to appreciate the surrounding architecture, it’s also right next to historic Chelsea and the Meatpacking District, which means great shopping opportunities.

You can’t go wrong with an afternoon walk around the famed New York Botanical Garden. The kids will undoubtedly enjoy the craft projects and programs that are regularly offered here. Meanwhile, parents can simply relish in the feeling of being surrounded by greenery while also being in the middle of the Bronx. The New York Botanical Garden has over 50 different gardens, as well as a native forest, waterfalls, an indoor rain forest, and rolling green hills. It truly is an urban oasis for the whole family.

These are just some of New York City’s oldest neighborhoods, and each one occupies an indelible place in the city’s history. Lower Manhattan was originally inhabited by the Lenape people, the Native Americans who first lived in the area. It was later settled by Dutch fur traders as New Amsterdam, which ultimately paved the way for its eventual modernization. Meanwhile, the SoHo District used to be the site of several art galleries in the late 20th century, and today, its cobblestone streets serve as the home to New York’s fashion elite. If you truly want to experience the cultural melting pot that is NYC, head to Manhattan Chinatown for street fairs, authentic Cantonese cuisine, and some of the most colorful festivals hosted in the city. NYC by Foot offers a free walking tour that can take you through these historic neighborhoods.

New York’s historic buildings are part of the city’s character and need to be protected. One of the main resources city officials have to take care of the buildings and streets is the Historic Preservation and Rehabilitation Tax Credit. Connect Media explains that this tax is important for historical building developers. Builders and real estate entrepreneurs who’ve set their sights on restoring and developing NYC’s historical infrastructure can expect a 20% credit – on the condition that it’s claimed within five years.

This will ultimately help in ensuring the future of the city’s beautiful buildings. Preserving the city is very important, as locals and visitors will agree – although many New Yorkers aren’t happy about the high taxes. Yoreevo reports that having an income of $110,000 in NYC gives them a state and local tax bill of $10,000. At least some of that is going towards a good cause, and will allow residents and visitors to continue to enjoy amazing walking tours in one of the world’s most interesting cities.

101shares
Thanks for subscribing!
« Keep Your Kids Safe This Halloween With These Tips
Decorating For Fall »

We took Bennett to the @map_motorsports monster tr

Thank you to everyone keeping those of us in Texas

📚We are SO EXCITED to finally be able to share

❄️Are you STUCK AT HOME like us? 📖 Seems l

The past few days have been crazier then when we s