Perhaps the most foundational skill that students need in order to begin mastering strong number sense is the ability to understand quantities. Many of the tasks that I have my students do to practice this involves one-to-one correspondence. For example, students can use counting collections to practice pointing to one object, while saying one number that represents how many objects have been counted so far. 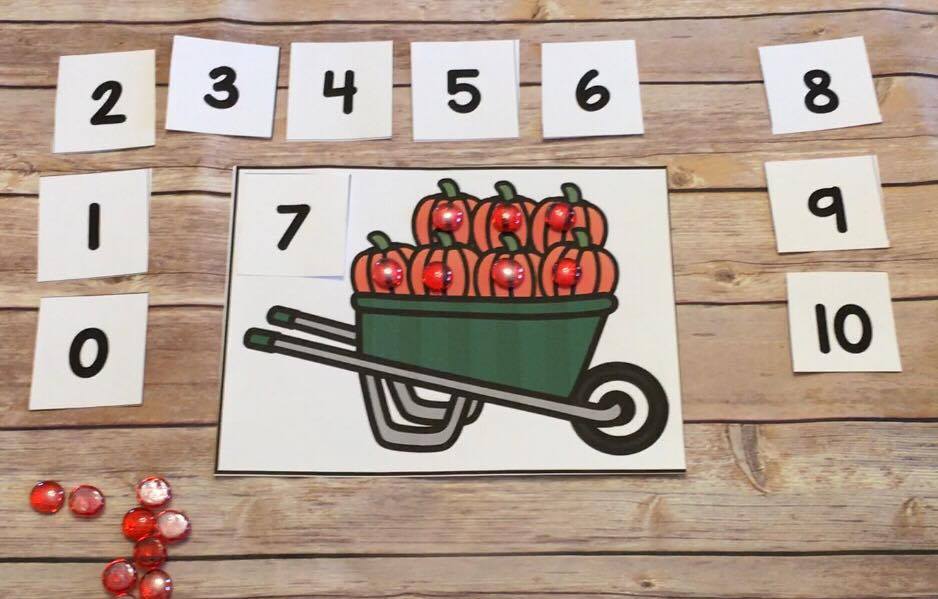 In centers, I have them do similar one-to-one correspondence activities. In one activity, students can count how many apples are in a pictured basket. Then, they can build a snap cube tower that represents the same quantity that was found in the basket. In this way, students can show they understand the concept of quantities, without having to understand yet that symbols (numbers) can represent quantities. It will likely make them think it's more of a fun game and not even be aware it's math time but still enhance their math learning. This positive relationship to math lessons is a perfect time to create a strong foundation for loving math. There are many different strategies in how one might accomplish developing this positive relationship with math, but fun ways, feel like the best ways!

Understanding that numbers can represent quantities will more than likely come after students get a firm grasp on the concept of quantities. After all, how can they understand that the number “5” represents 5 objects before they understand what 5 objects even looks like?

I find using roll and cover games to build number sense skills is a fun way that both I, and my students, love. Students can roll one or two dice (depending on how large of numbers you are wanting them to work on), count how many dots there are, and then cover the corresponding number on a provided worksheet. You can do a similar activity with counting dots on dominos. 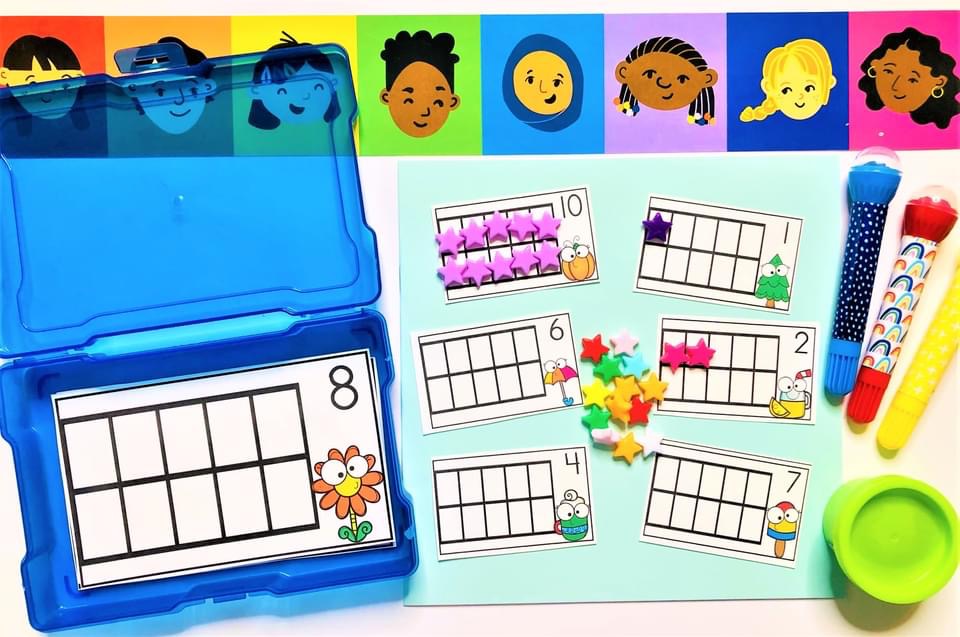 Another option for helping students master the number sense skill of numbers representing quantities is by using play dough and ten frames. First, students can look at the number on a worksheet, and then make small play dough balls to fill in the provided ten frames to represent that number. Even simple matching games with a number on one card and a quantity on another can be a great option for making this connection and building those beginning number sense skills.

You can also use math games to build number sense by having students compare numbers. Early in the kindergarten year, this is usually done with quantities only, and not with actual numbers. For example, you may provide students with a center with dice and a worksheet showing two pumpkin pictures. Students could roll one dice and put the corresponding number of “seeds” on the first pumpkin. Then, they would repeat the process for the second pumpkin. While looking at the two quantities of “seeds” on each pumpkin, students could then decide which quantity was more and/or which was less. Another option would be for students to compare the quantity shown on a die to the quantity shown on something else, such as a domino or playing card. 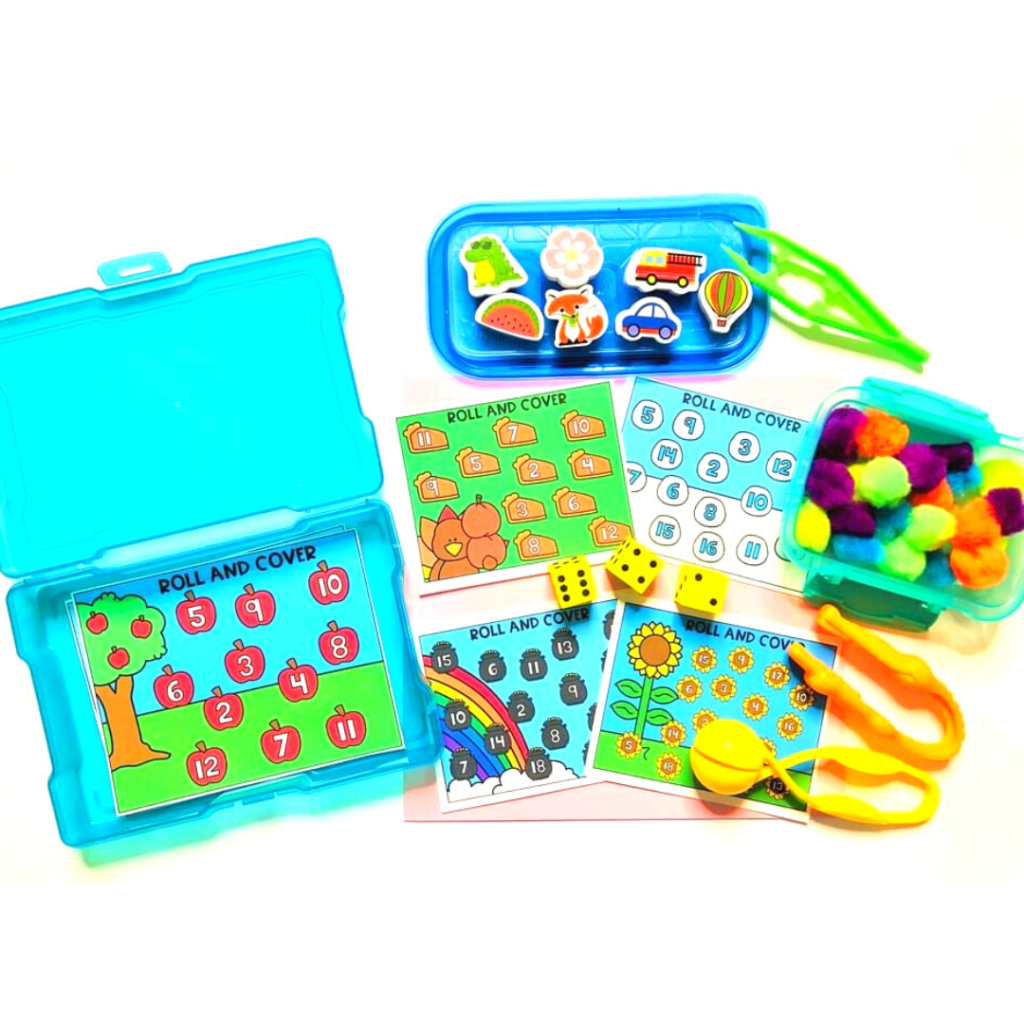 Later in the year, some of your students may even be ready for activities where they look at the number only or an activity where they look at each number, build each quantity, and then compare. Activities like this are an easy way, and great practice, for building number sense, since comparing numbers is such an important part of having great number sense.

By using different hands-on games, students can begin building those number sense skills that are so crucial to master math concepts later on. With these center-style activities, they can focus on key components of early number sense like comparing quantities, the relationship between numbers and quantities, and the concept of quantities in general. Students love the fun and thematic aspects of each hands-on activity. They won't even think of it as math class yet they will be building their math skills each day. Then they will have a great math foundation when going into the first grade.

As you can see, there are a variety of ways to build number sense and turn them into fun math games. I hope the number sense resources I've linked throughout give your kindergarten students an easy way to gain a strong understanding of this foundational math skill. I'd love to learn more about your favorite ways to build number sense. Do you have any favorite math activities that you find work really well for you? I love learning fun, creative ways to help little learners with their math proficiency. It can really be so much fun! Let me know what your favorite math activity is in the comments below!