As an early childhood educator, books hold the key to my heart. I love to introduce my students to authors that I adore. One of my favorite authors is Eric Carle. I am so excited to join the celebration of the 45th anniversary of The Very Hungry Caterpillar. 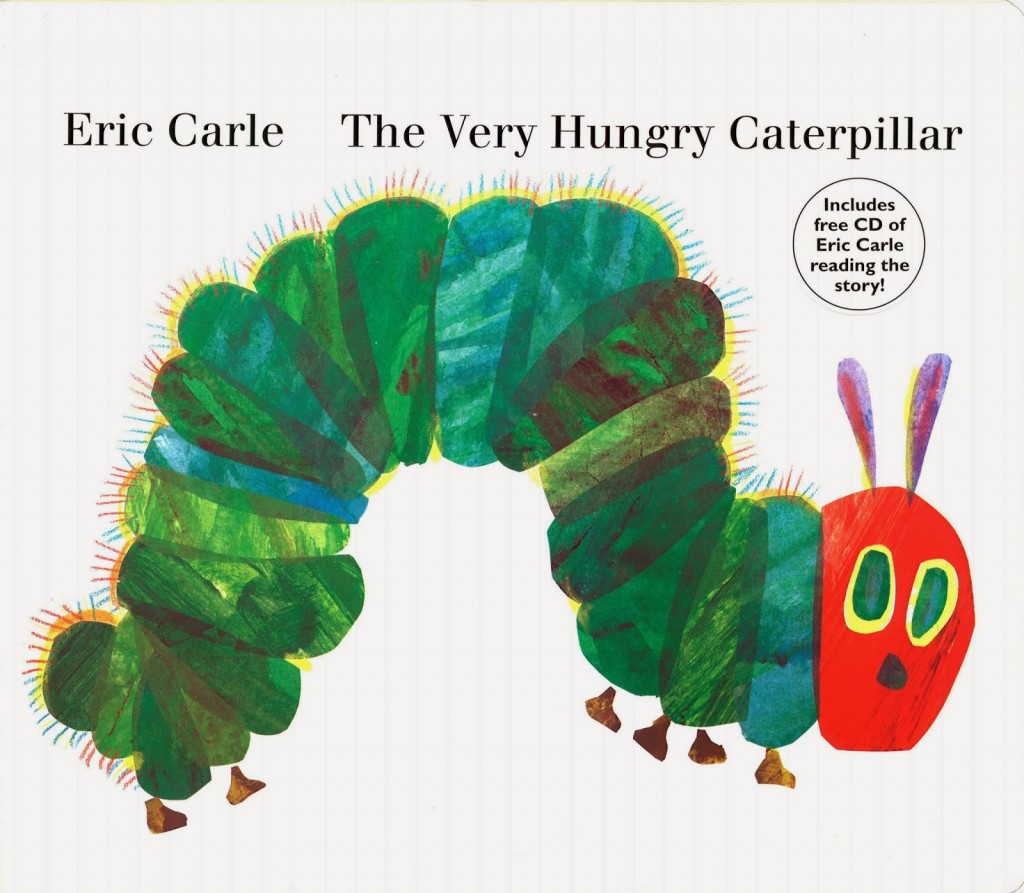 2014 marks the 45th anniversary of Eric Carle’s
pre-school classic, The Very Hungry Caterpillar. The anniversary will be
officially celebrated on the annual “Very Hungry Caterpillar Day” which takes
place every year on the first day of spring (March 20th).
Did you know that since its publication in 1969, 36 million
copies of the book have sold worldwide and it has been published in 55
languages? How cool is that?! That year the book was also named one of the best children’s books
of the year by The New
York Times, and
it has since become a beloved, must-own classic. Today, every 30 seconds,
somewhere in the world, a copy of The Very Hungry Caterpillar is sold. Whoa!
Meet the Author! (Doesn't he just look like FUN?!)

Eric Carle (www.eric-carle.com) is acclaimed and beloved as
the creator of brilliantly illustrated and innovatively designed picture books
for very young children. He has illustrated more than seventy books, many best
sellers, and more than 100 million copies of his books have sold around the
world. In 2002, Eric and his wife Barbara opened The
Eric Carle Museum of Picture Book Art (www.carlemuseum.org) in Amherst, MA, a 40,000
square foot space dedicated to inspiring a love of art among children by
introducing them to picture book art by renowned artists from around the world.
Make Sure You Check Out His Other Books. Ah-Mazing! 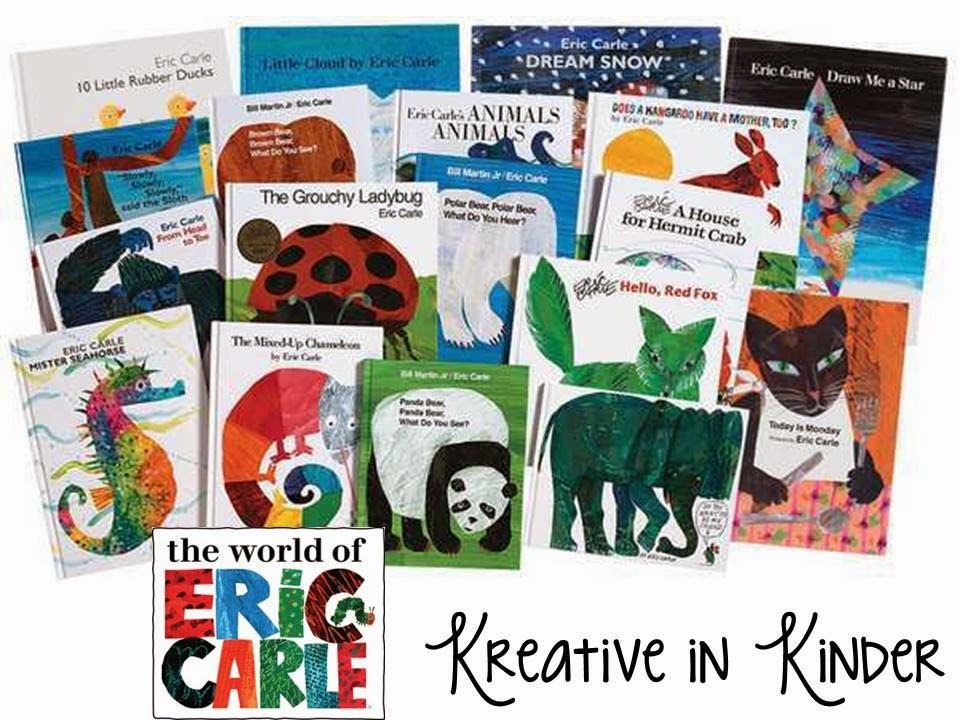 So, what do I do in my classroom to incorporate The Very Hungry Caterpillar? Traditionally, we read this book when we learn about the life cycle of a butterfly.  That is not until April. I got my son to help me out since I don't have student work to share yet. Here are my teacher examples of what I have planned so far.
Here is the hat we will make. 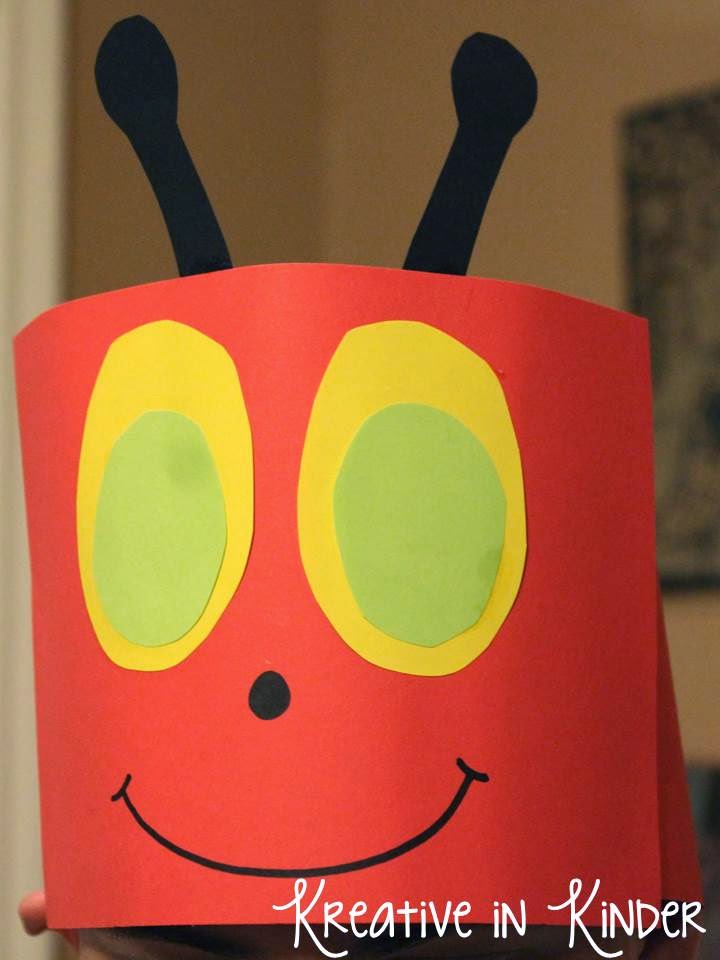 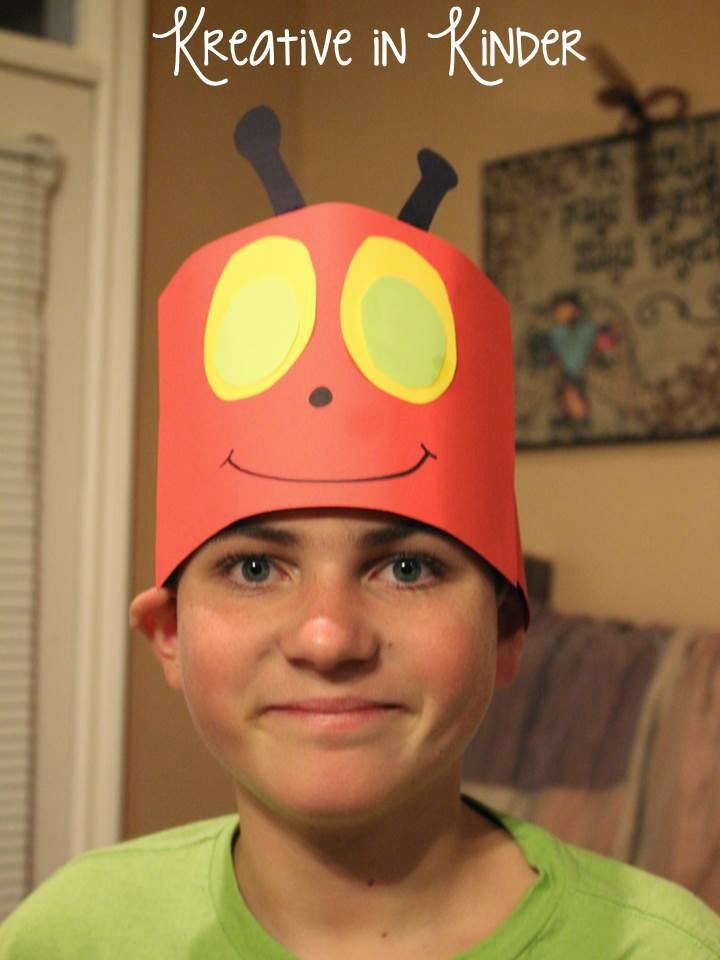 I will give my students the black and white version to color, then we will glue the pictures in order on our strips of construction paper, add a few staples and wha la…a caterpillar. 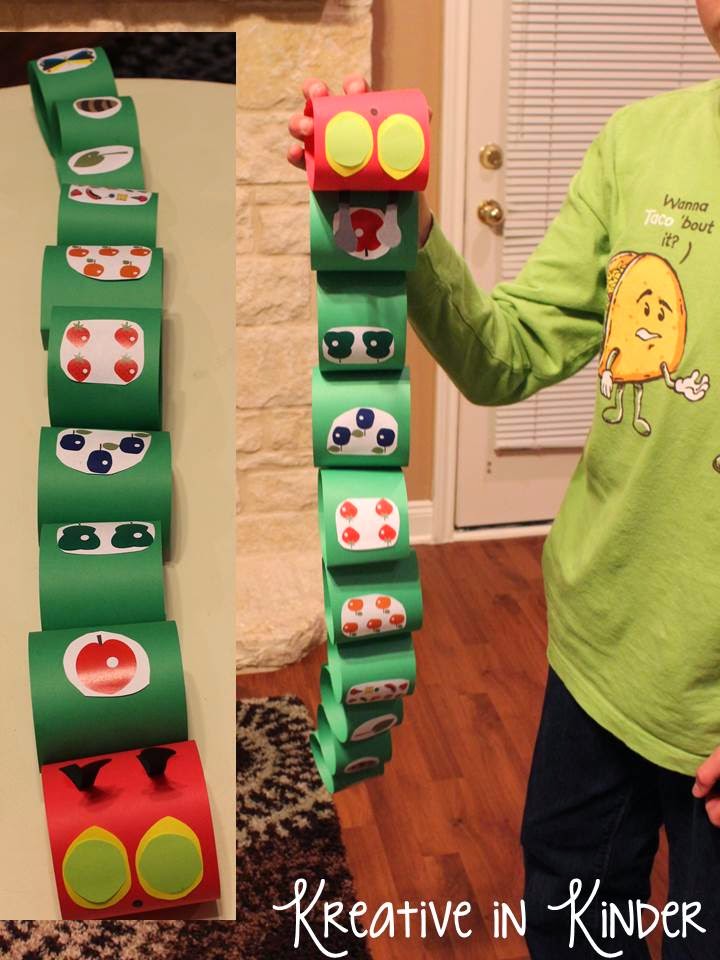 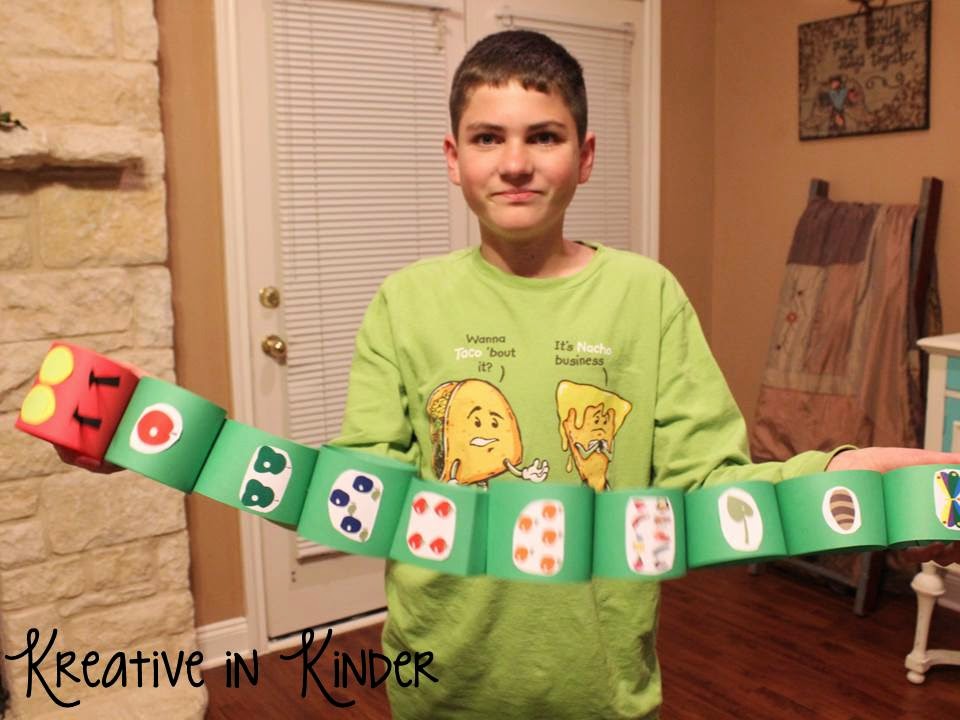 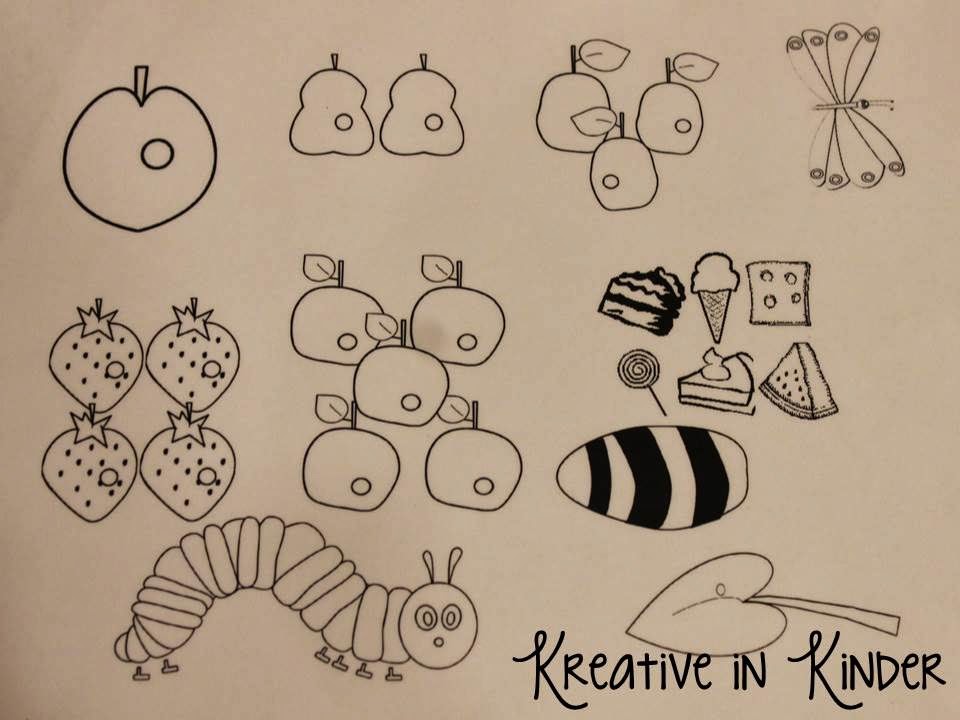 Another activity we will do (similar to the last) is color, cut, and glue pictures on a sentence strip in order.  One of my favorite things about Eric Carle books is that they are GREAT for teaching sequencing. Seriously, we start and end our school year with Eric Carle's books because of this. 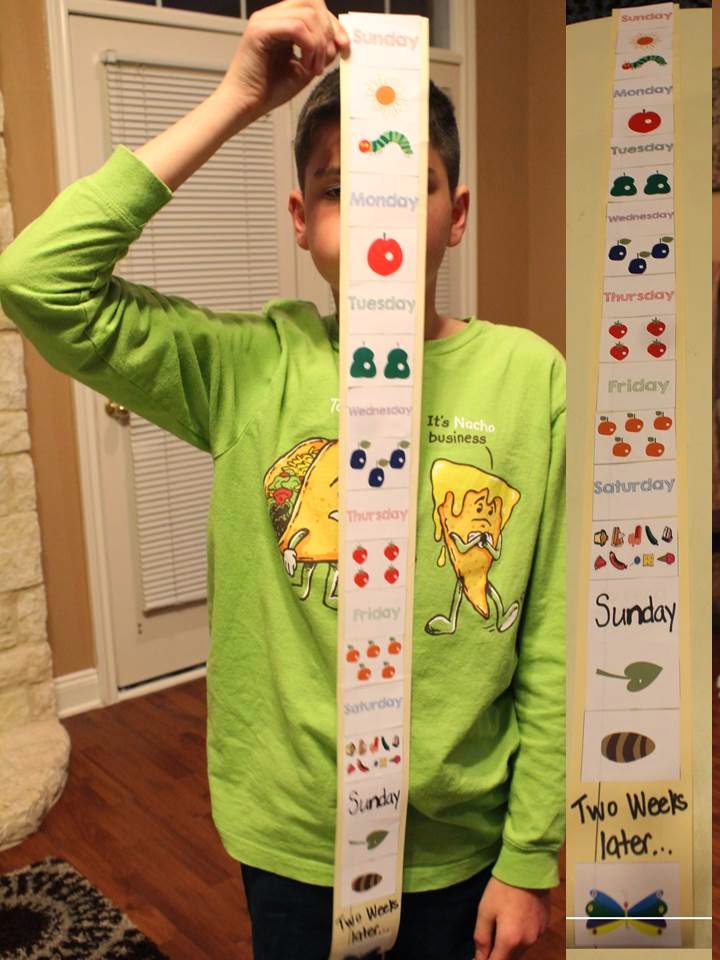 I have made pictures for this pocket chart for my students to practice sequencing in a center. I encourage them to keep the book in the center and use it as a reference if they need help. I will probably use a bigger chart though in the classroom. This is what happens when I take pictures in my living room and don't keep a gazillion pocket charts at home. #teacherfail 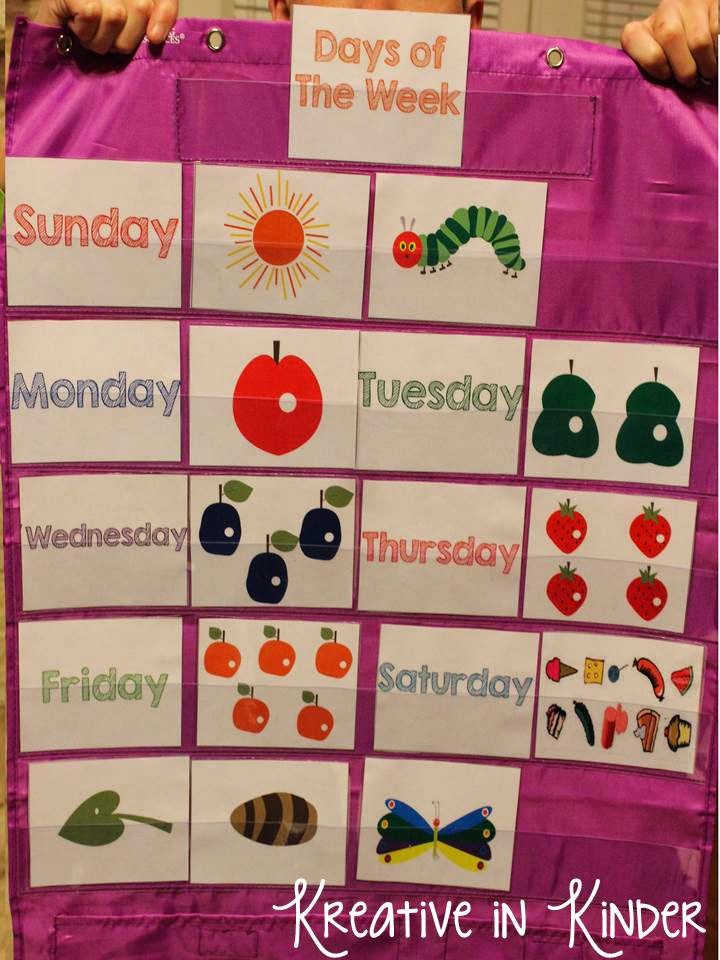 Last, we will paint these caterpillars.  I just used supplies I had: puff paint, washable paint, cotton balls, and a paper plate. Students will be give an 8 1/2″ x 11″ piece of paper. They will create their caterpillar with paint and a cotton ball. They will only put as many green circles as the letters in their name. I love it when I can add a little art, literacy, and math into an activity. So, if they have five letters in their name, they will have five green circles. Then, after the paint dries, they can go back with a marker and write the letters of their names in the circles, trace a leaf and cut it out. 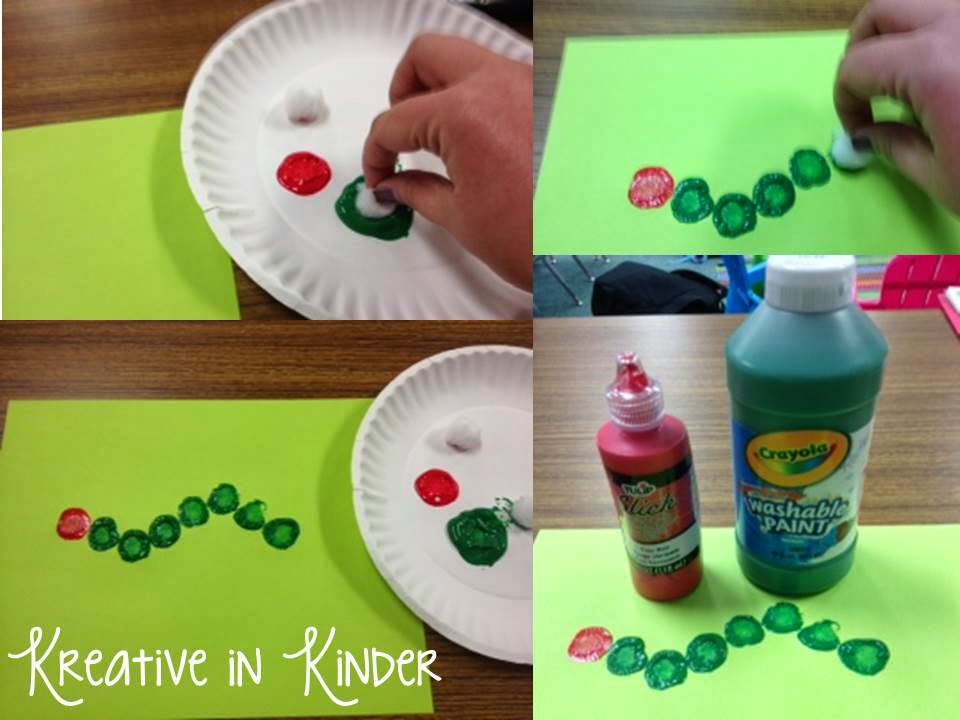 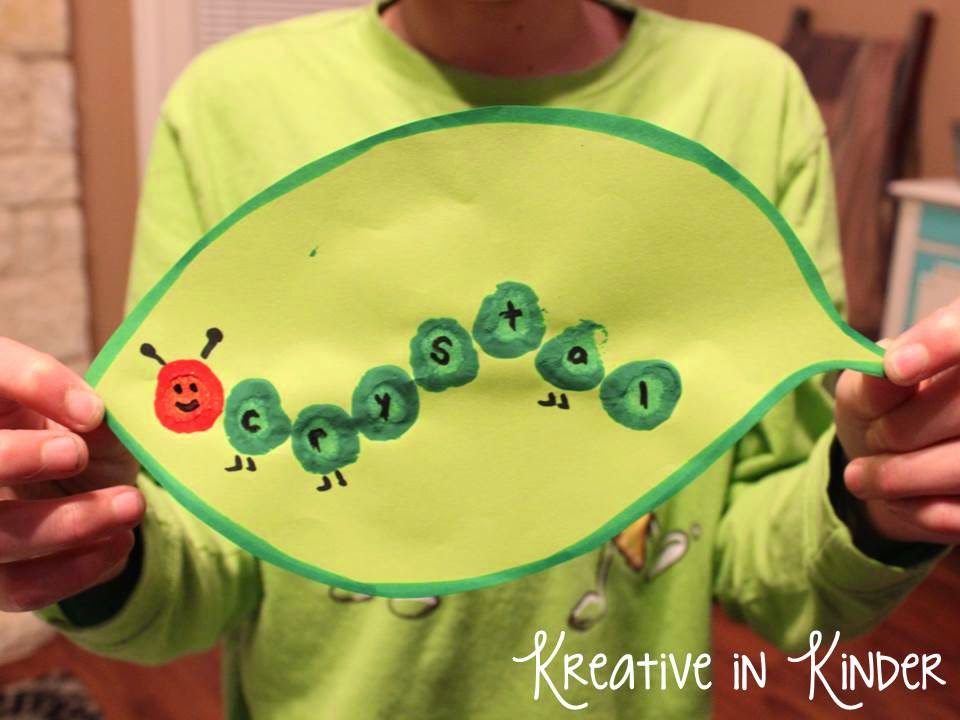 I'm sure we will do much more but I still have a few more weeks to plan. I just wanted to share a few things with you now.
I've saved the best news for last! I get to giveaway some pretty nifty stuff! One winner will win this limited addition Anniversary   Tote and The Very Hungry Caterpillar board book. 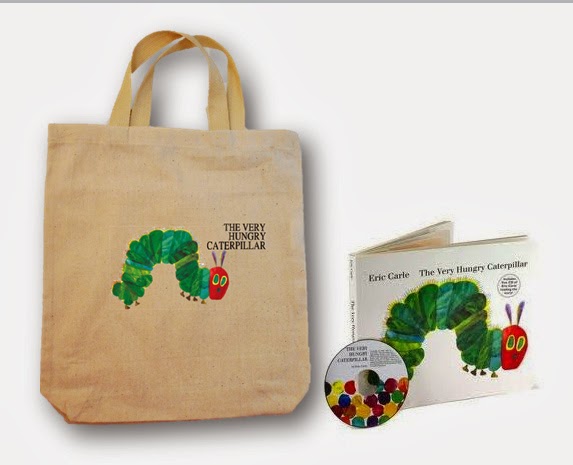 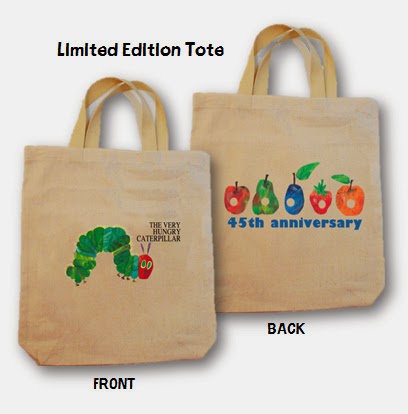 Just enter below and I will pick one winner on Wednesday, March 19th, 2014 at 9:00 p.m. CST.
Make sure you check out the website but clicking HERE or the picture below to see more resources and information about the Anniversary Celebration!

Thanks for stopping by. Good luck in winning the loot!

Thanks Eric Carle for all you have done to enrich reading in my kindergarten classroom. We puffy heart LOVE you!!