I’m sure that we all remember playing “Memory” and matching games as kids. First, you flipped over two cards to see if you got two matching pictures. If you didn't get a match, then you have to watch and remember which cards other players flipped over so that you could hopefully get a match the next time. Games like this are really fun and rewarding for kids because they get to use their memorizing skills to successfully match two cards together. This also makes them a great tool to use in the classroom! By altering this classic activity just a little bit, you can use memory games to build fluency in the classroom for a variety of skills!

Unlike traditional memory games, with learning memory games, students are not looking for the exact same picture or symbol on each card. Instead, they will match two different cards depending on the criteria of the game. They have to use critical thinking to figure out which card matches.

For example, in a math memory game, students try to match a number to a quantity that is represented by an image. On some cards, there is a number, but on other cards, there are pictures that show the quantity that each number represents. Some might be shown with dots while others with cute pictures. In this way, students build fluency in their number recognition and counting skills in order to successfully make a match! Overall, it just brings a little extra fun to practicing key kindergarten math skills. Kids love anything with fun pictures that match the season. 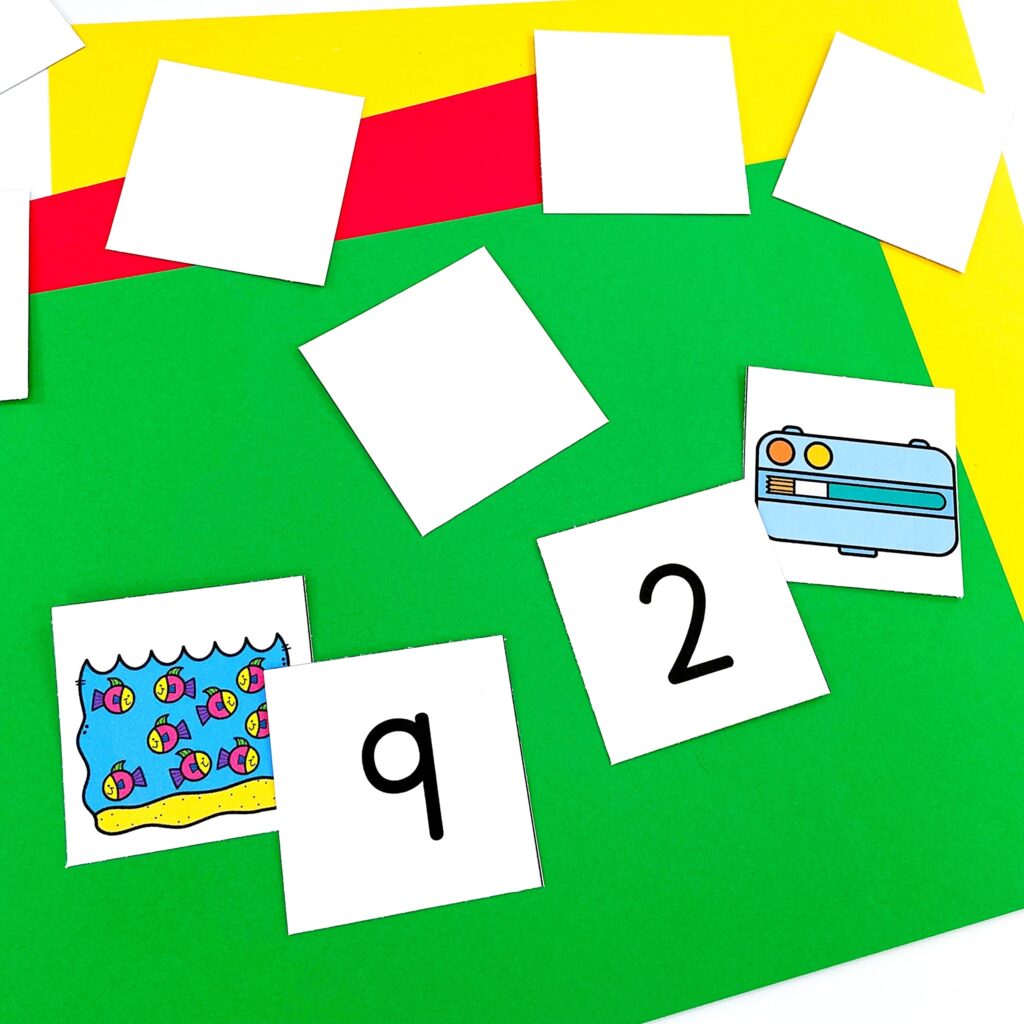 You can also use memory games to practice rhyming skills in centers or small groups. At the beginning of the school year, you can have students play the game strictly as a phonemic awareness game. Instead of having printed letters, there are only pictures on each card. However, the pictures that students match are still different pictures of things that rhyme. For example, one card in a match has a picture of a map, and the other card has a picture of a nap. 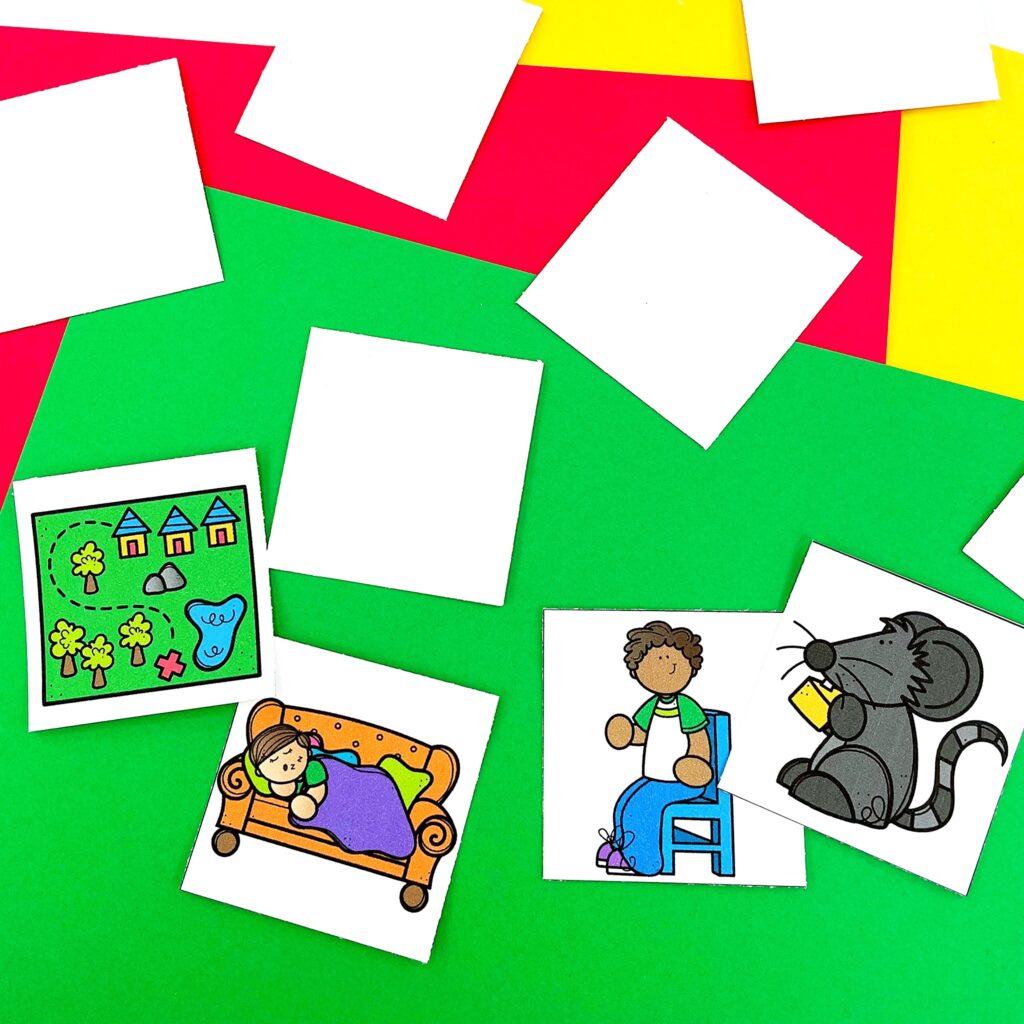 Students match two cards that rhyme. To hold kids accountable, have their partner cross-check their answers and correct them if they are wrong.

Later in the year, students can still work on rhyming skills with memory games, but the cards can show words instead of pictures. Students can build reading fluency as they flip over and read each short vowel word before deciding if the two words rhyme or not. Using memory games can be a fun and hands-on way to practice rhyming skills in multiple ways. 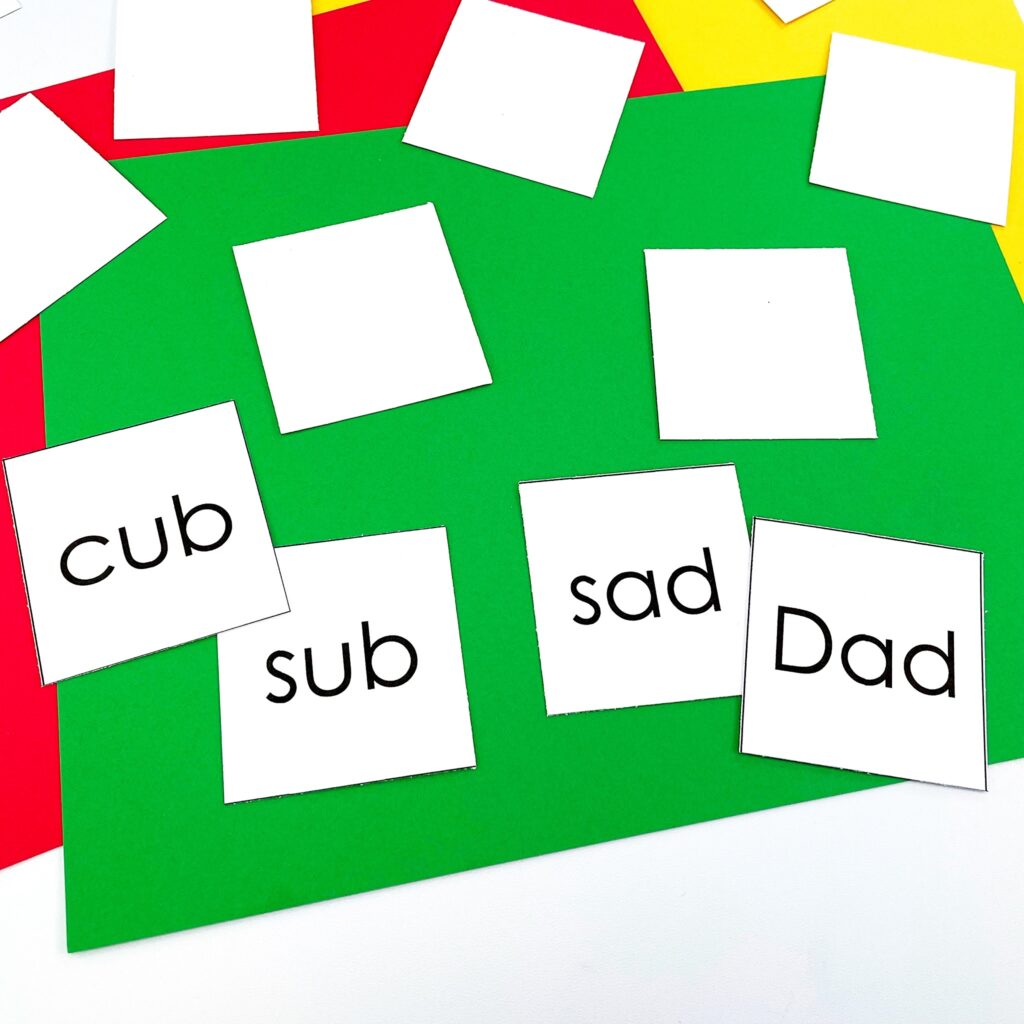 They are perfect for small group intervention times. Just keep the cards on hand to practice with students who need scaffolding and extra help. They are also great for independent work centers. Let them find their matches alone or with a partner or two. Laminate the cards so they last all year and for years to come.

Another important skill that you can easily target with memory games is early phonics skills. You can use memory games to have students match uppercase and lowercase letters, beginning sounds to pictures, and even ending sounds to pictures. You can also have students match a picture to a whole CVC word, which will help them build reading fluency! There really are so many possibilities to address different phonics skills with memory games. 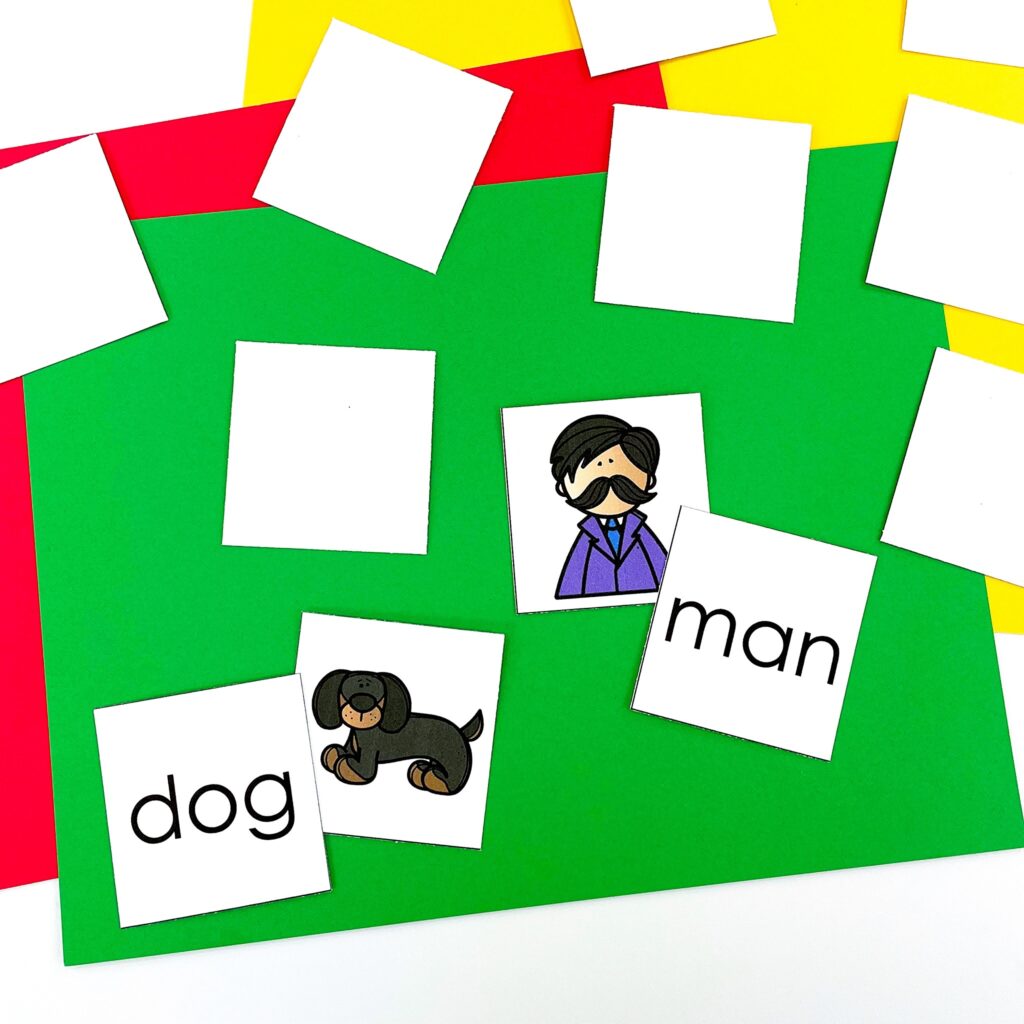 There are a huge variety of ways in which you can use memory games to build fluency within your classroom. You can put them in centers, have students work on them as partner games at their desk, or even put them in task boxes as an option for early finishers. Regardless of how you decide to use them, your students will love using this classic, hands-on memory game to build reading and number fluency. 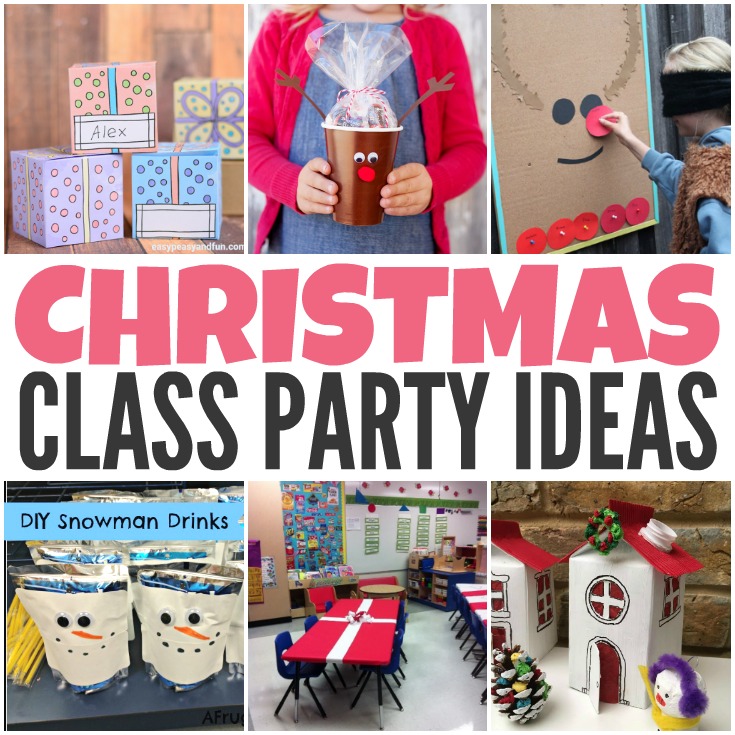